Hangdown in the Wheelstrings: Sung to the tune of “Jolene”

“So … is Marlene your partner?”

It was, in hindsight, the wrong question. But it’s what came out. My own politics and experience taking the minimal number of facts I had gleaned from the limited conversations I’d had with Darlene, applying poor multiplication and manufacturing a product.

(She lived with a woman) x (middle age) x (they seemingly did everything together) x (virtually identical names!) = obviously romantic life-partners, right?

As opposed to, say, the reality: twin sisters currently living together under the same roof to take care of an aging and physically handicapped mother.

Darlene is roughly 10 years my senior. She tops out at maybe 5 feet, 1 inch. I can count on one hand the number of times I’ve seen her without a baseball hat on, but her hair has been business in the front and party in the back for longer than you’ve known how to party. She used to test-ride bikes with a cigarette clenched in her mouth — the only time available to sneak in a smoke. But she gave that up. And when she walks into the shop, she is almost always singing, the soaring telltale vibrato of a church chorist. Alto.

I’ve known Darlene for nearly 20 years now. She’s been my head mechanic for 13 of them. 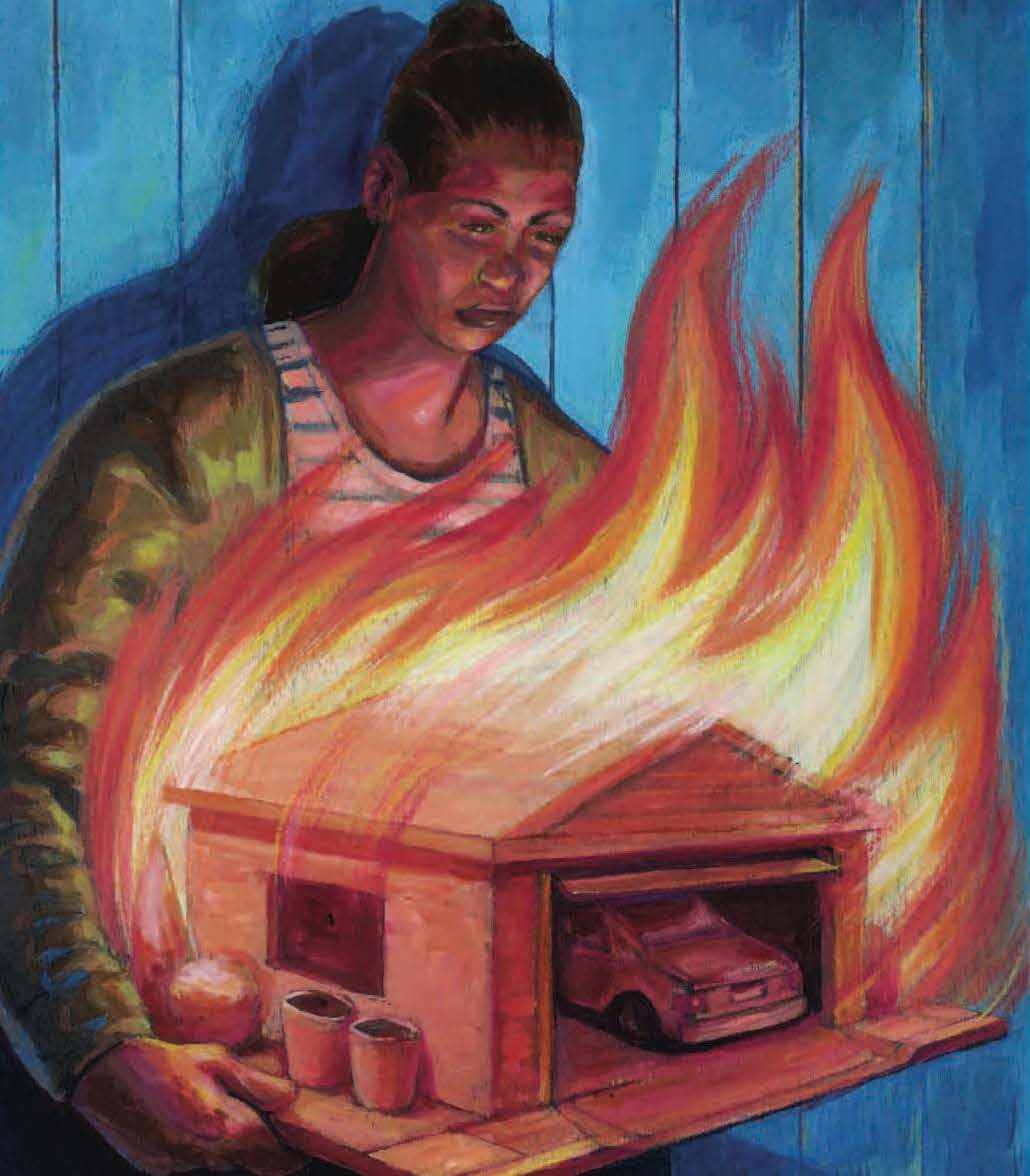 Every so often, I’ll hear some variant of a version of a story — a customer who talked to a friend who rode bikes with this other guy. Apparently, this guy says something about never getting his bike serviced at my shop. “Why not?” asks the friend. “Well,” says the guy, “because one time I walked into the repair area and saw the lady mechanic using a hammer on a customer’s bike.”

The story is bullshit, by the way. Not because it isn’t true. I don’t remember the particular repair in question, but I have every confidence that Darlene was, indeed, using a hammer. In much the same way we traded off using a hammer on a bike today, attempting to unstick a seat post so stuck that the working theory is J-B Weld was involved. No, the story is bullshit because I know the “guy” in question. And he’s the kind of guy for whom using a hammer to fix something would be a source of pride.

This has nothing to do with a hammer, or the bike, or even my shop. The fact is, a lot of men just don’t know what to do with a female bike mechanic.

She takes it in stride, but we’ve long lost count of how many times a customer has asked Darlene if there was a mechanic available to talk to. She’s just there to answer phones, right? Which is funny, because while I trust Darlene with anything and everything technical around the shop, her phone skills, to this day, put me on edge. And when I hear the ensuing conversation and run across the shop gesturing wildly for her to hand me the phone, please … I know she’s always more than happy to relinquish it. But bring her a wheel so “whopped” that everything seems hopeless, and she’ll bang that thing on the ground until it’s one of the only true things left in your life.

I’d like to say it’s funny. But it’s not. There’s this pervasive culture of DIY dick-swinging in the cycling scene that makes people insist on telling you how much they know about what they’re currently asking you about. As if skimming 400 words on the internet puts someone on equal footing to your tenure as a bike mechanic. An “I’d fix it myself if I had the tools, but … ” kind of chest beating.

Maybe it’s that the female bike mechanic is emasculating? In any case, I watch it — a cross section of men who, whether they admit it or not, seem more comfortable having their bike serviced at the local box store by some kid who just started riding bikes a few years ago (and whom I, incidentally, refused to hire) than a woman. A woman who was building wheels before most of these men even knew what a derailleur was. A woman with 30-plus years as a professional mechanic.

There are those rare and shiny moments when I successfully diagnose an issue before she can, or manage to puzzle out the removal and installation of some proprietary part before she has, or even know a spec before she simply eyeballs it and tells me. But 99 percent of the time, I’m approaching her with critical repair questions, like “What?” and “Where?” and “How?” Because even if she’s never seen it before, she usually knows. And when she doesn’t, she figures it out. Quickly.

She may chafe at it, but I’ve seen Darlene grow so much in the time I’ve known her. These days, the deeply Christian woman who once took offense at the idea of two women living together would defend your right to love who you want with her fists if it came to it. She gets into epic ideological Facebook battles with her Trump-voting twin sister, Marlene. She won’t tolerate anyone disrespecting Muslims.

Her faith is as strong as ever. Just like her laugh.

And her heart is huge.

And she has a hammer. And she’s going to fucking use it.