Paul Components is having a party! We’ll let them invite you themselves, just after this interview with Paul Price of Paul Components. That’s right, *the* Paul. Dirt Rag and Paul Components both turn 30 this year! Read our interview, attend their party, and subscribe to Dirt Rag so you don’t miss future rad content featuring industry icons and future stars.

With Paul Components also celebrating 30 years in the industry, Dirt Rag publisher Maurice Tierney caught up with Paul himself to talk about the past three decades of bike manufacturing and culture.

What was the first thing you can remember fabricating that was useful to you (not necessarily bike-related)?

I built a lot of model cars and airplanes. I modified my pedal car. I got into model trains for a year. But the earliest was probably some sort of a fort using stuff I found in an orchard behind our house.

What was the first piece of heavy machinery you purchased and what does it do?

It was an Axelson small manual milling machine. I was so excited and I felt I was on my way to getting my dream of making and selling bike parts. Sadly, I sold it because making and selling bike parts was not a path to riches and I needed to pay some bills. However, it was bought and restored in town and belongs to the father of Chico [California]’s newest, and only, frame builder: BTCHN’ Bikes.

Was it always bike components or did you have dreams of doing something else?

Always bike components. Everyone else wanted to build frames, but I wanted to machine things out of aluminum and be my own boss. Since I was very young I always knew I was going to make things and sell them. I did have a job as an engineer once I graduated from college, but it only lasted a year and a half. 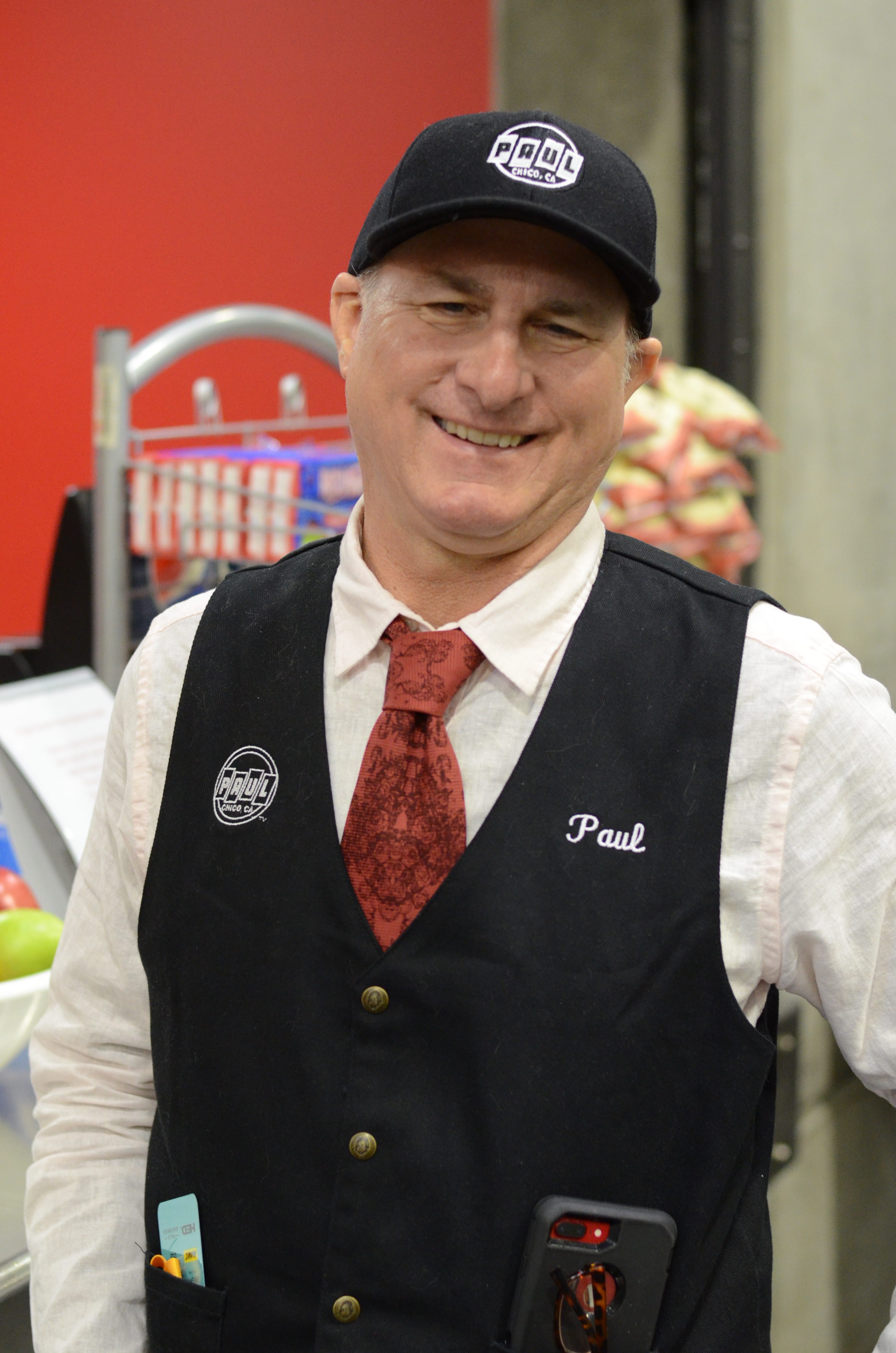 Is it a blessing or a curse having the ability to make any widget you can dream up? Why?

It’s a dream come true! It’s very satisfying to install some part you made in your house or car or whatever. Thing is, what I just made, which took all day, a person could probably buy for $20. That’s the curse, but mostly I just really enjoy it.

How does it feel to be celebrating 30 years?

Pretty great! I feel like I’ve finally gotten the hang of business and things are getting to a point where the stress of trying to stay alive is pretty much gone. I’ve also got the best team of people imaginable. I like to joke [that] I started the company when I was 8, so I’ve got many more years to go and I’m still young and good looking.

What are some of the components you’ve created that failed or didn’t quite catch on with the consumer market?

We did these brakes for the earliest full-suspension bikes, called Crosstops. That application needed the housing to go all the way to the brake, which a normal cantilever didn’t. It also had to work with the levers available, which were all what we now call short pull. It was a major pain to set up and never stayed very set up for long — really a pain in the ass, which Shimano solved with V-brakes. (I made a V-brake in 1990, but I couldn’t make the long-pull lever to work with it in my little shop.)

What was the first piece of equipment or component that really started to get things moving?

I started with that small mill and a small, but really nice, lathe. That’s what got my shop going. With those two machines, I could make every piece of my first product: a seat-post quick release. Then [came the next product], wheel skewers, and I was on my extremely scary way.

What was unique about this component that set it apart from other brands’ offerings?

It was purple, duh! I also used the much-harder-to-make internal-cam method for closing a quick release. It’s much stronger and safer [than other models]. 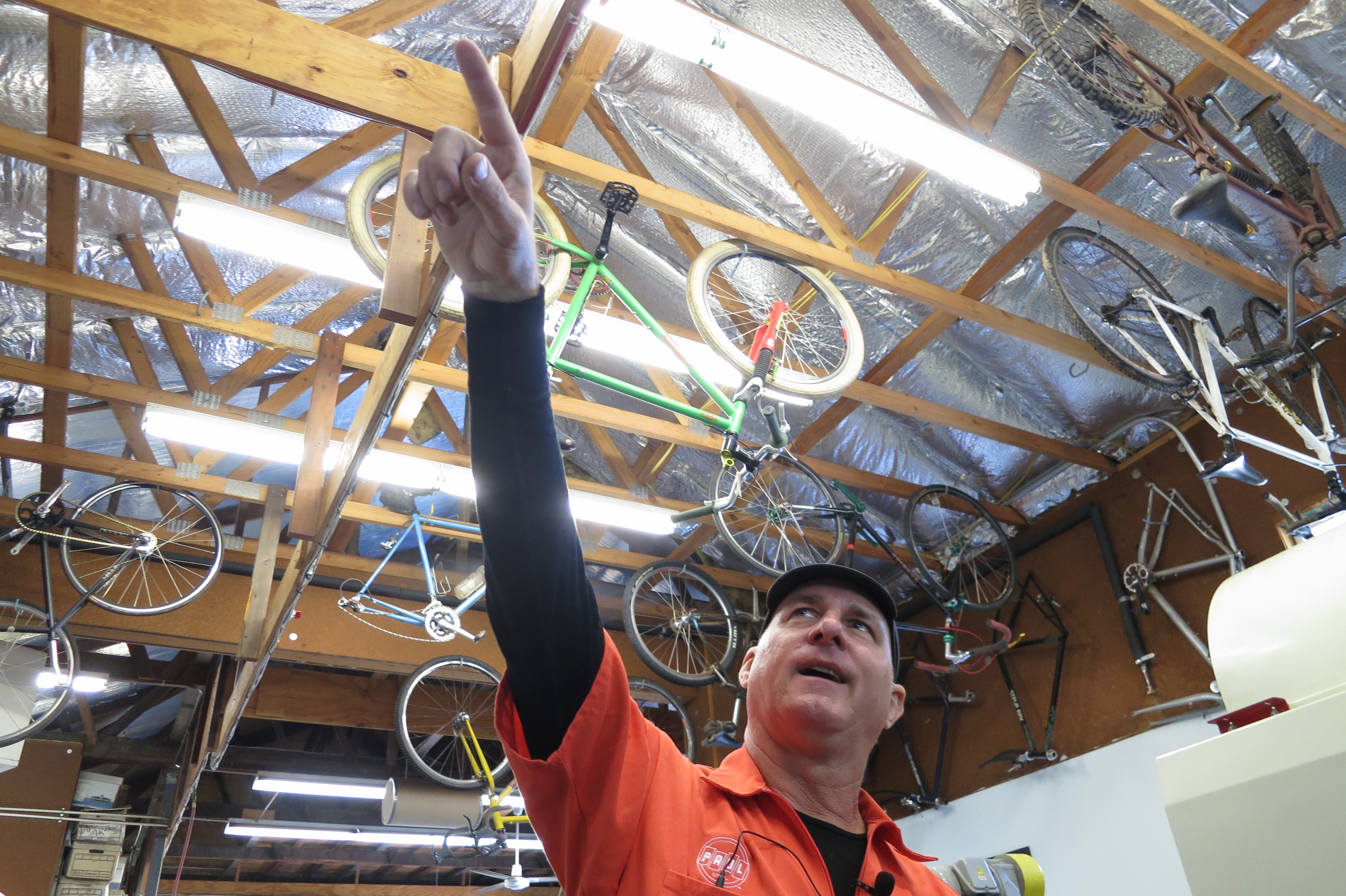 Are you working on any new components?

We’ve always got about four or five new products in the design/prototype/testing phase. New product is the easy part for me, for some reason.

What colors have sold the best, and when?

Black is always the best seller, and I must admit [it’s] my favorite bike-part color. When we did purple a few years ago as a one-year-only thing, it was so popular [that] I decided to keep it in the lineup, even though we are running out of space to keep the extra inventory.

How has mountain biking changed in the last 30 years? How has the customer changed?

The biggest change/reboot/progression is [that] the whole fat-tire road-bike gravel thing is basically what we called mountain biking 30 years ago. You had a bike you could ride on anything that wasn’t paved, which was really novel back in the day, and a total eye-opener. Now “mountain bike” means something completely different, probably due to how racing has impacted the sport.

What do you think of the statement, “Mountain biking is the new golf”?

I’m into it. Hell yeah! [It’s a] way better cardio workout, and who knows, one day that golfer may have a flat tire on their Porsche SUV and ride their bike to the store for a six-pack instead of driving. And it may turn out to be faster! Many times it is.

There’s lots of hand-wringing in the bicycle industry [about e-bikes]; what do you make of it?

Recently I came full circle and, while I haven’t ridden one yet, I’m 100% on board with pedal-assist ebikes. There is a magical trail outside of Downieville that takes me about three hours just to pedal up [the double] track. Usually, I drive my dune buggy up and ride from the trailhead until I get tired. With an e-bike, I could do all of it, plus maybe get to a connector trail that links to an outrageous downhill. The trail is Lavezzola Trail; nobody uses it because you can’t shuttle there, but it’s the best.

Is there any good journalism being done? By who?

I feel like this is a loaded question! I’ll start by saying Dirt Rag has always kept its spot as a counterweight to glossy high-buck corporate mags, and I have always appreciated that. I’ve always enjoyed [Mike] Ferrentino’s “Grimy Handshake” [column] in Bike, and the Radavist has a solid corner in their coverage. 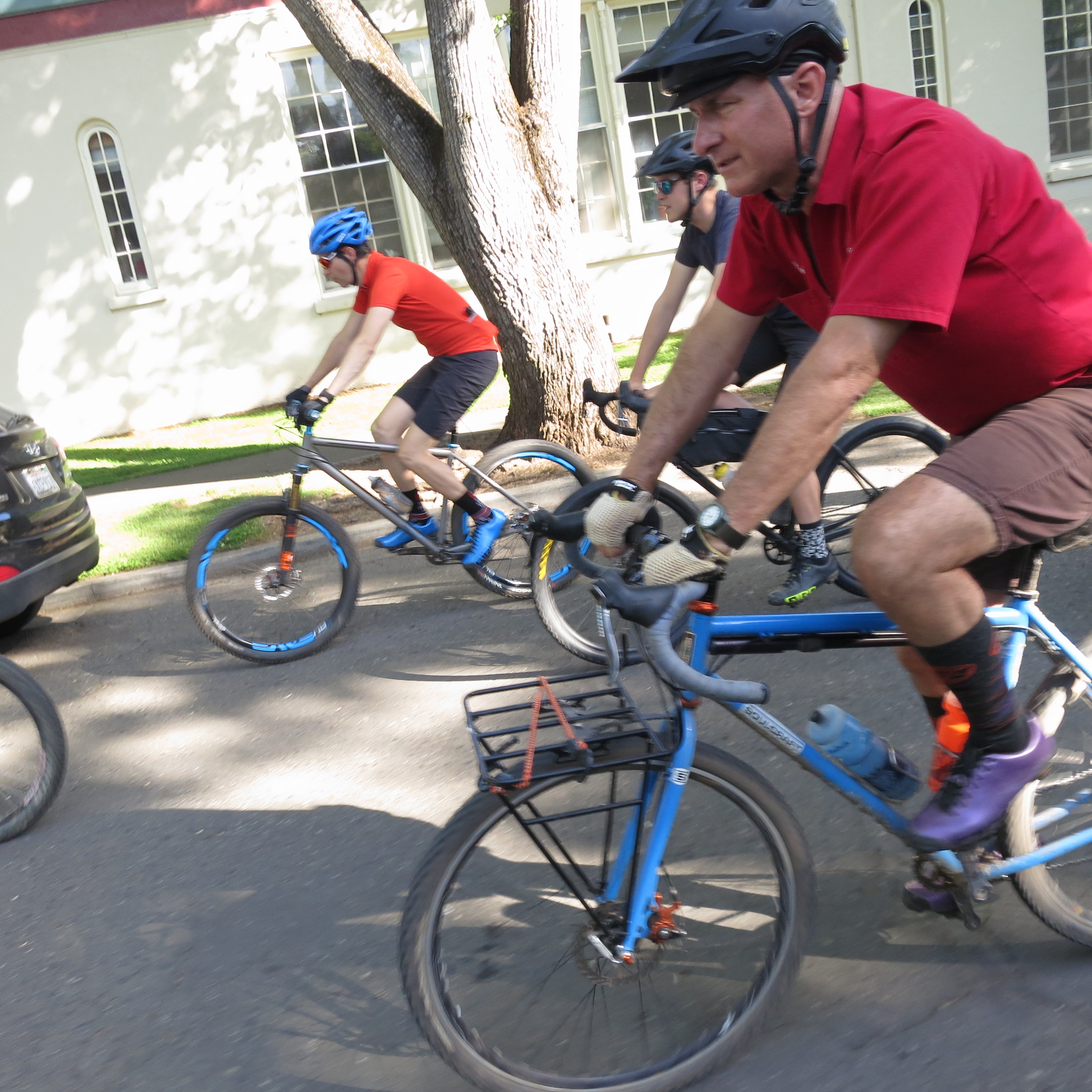 And now, a message from Paul… You’re invited to the party! Party on! Cha!

How did we make it 30 years?! There have been some high points for sure. Like our derailleurs making it onto the covers of magazines, being spec’d as original equipment on Bianchi Singlespeeds, our parts mounted on bikes winning everything from land-speed records to National Championships, and making it on every hot bike at NAHBS to name a few. And yeah, there have been some low points, such as surviving on ramen when times were tough. Luckily, between the dedication of our hardworking staff and the loyalty of you passionate bike nerds, we’re still here cranking out the highest quality bicycle components, and we even have some very exciting secret new products in the works!

As much as we’ve loved our annual PAULoween cyclocross race (what a party!), we’ve decided to replace it this year with a 30th Anniversary Open House. That’s right, we’re opening our factory gates to the entire cycling community on October 19th from 2 pm to 11 pm. It’s a total Willy Wonka type of situation, with Paul himself giving tours of the machine shop, live music, movies, the best tacos in town, refreshments, custom bikes, and framebuilders in attendance.

We hope you can join us!