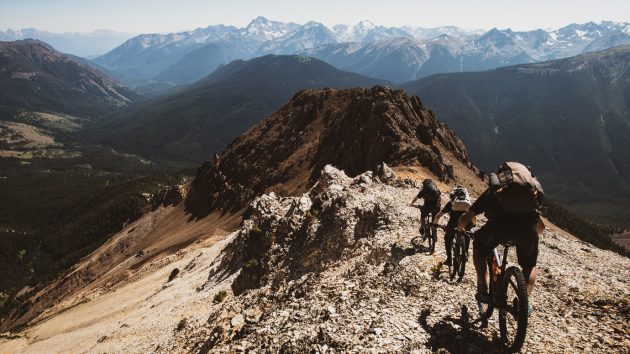 “It was day four. We arrived at a massive alpine valley lined with creeks and marshes, certain to be filled with mosquitos and shoe-soaking water crossings. Margus led the way, monster trucking through the creeks. We hoped that after the crossing, a ridge would connect us to the top of another mountain; from there, we would continue and descend to Taseko Lake. We ascended the new terrain under ominous skies. Storms circled above, pounding the neighbouring mountains with wind and rain. It was a sneak peak of what was in store. Our spirits were high because our destination that evening was the halfway point of the journey. We reached the top, and as the rain started, our reality set in. The ridge we were looking for did not exist. We had climbed the wrong mountain.” 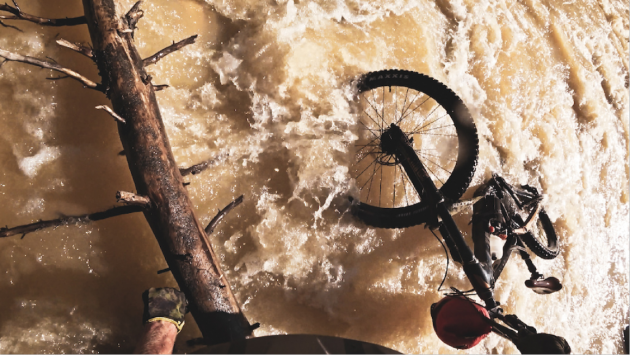 The goal was to create the Ultimate Canadian Mountain Bike Adventure. From the looks of it, they succeeded. This video is a four-day time lapse to highlight the epic nature of the voyage, about 200 kilometers as the crow flies, which is roughly 125 miles. This short film is about 13 minutes long, so make yourself a sandwich and get comfortable. Then take out your atlas and start planning your own crazy adventure. 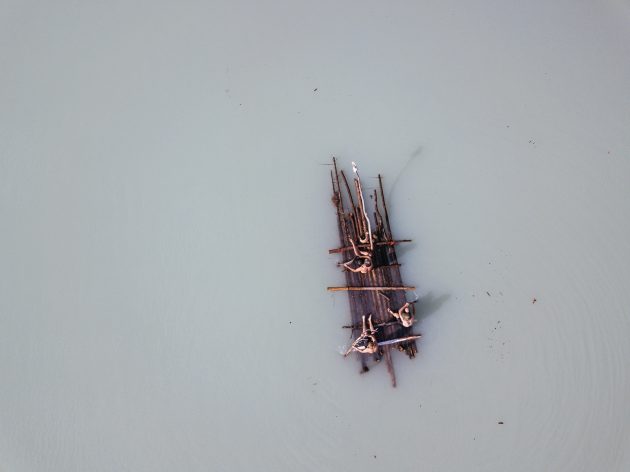 Head over Devinci.com for the full story. 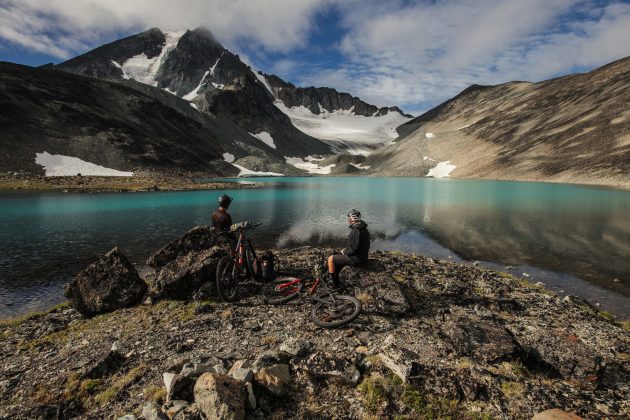