The Rusch to save public lands 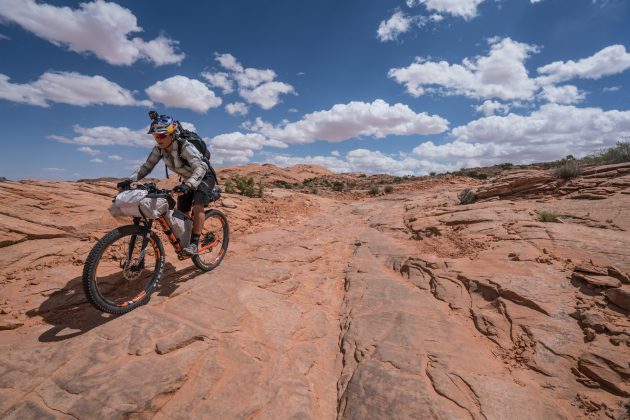 If you mountain bike, you likely ride outside (unless you are extra special). While East of the Mississippi, public lands aren’t quite as common, they’re much more a part of the riding experience for our Western readers. The difference between public lands and state or county lands may sound confusing, because it is. We talked about the difference between public, private, and that murky in-between designation of city/county/state with Adam Cramer of Outdoor Alliance last summer, but the struggle to protect those lands continues.

This time, we are bringing in our pals at OutsideTV, who made a rad video with 7x World Champion and public lands advocate, Rebecca Rusch. Alongside photographer Steve “Doom” Fassbinder, Rusch set out for a 6-day expedition through Utah’s Bears Ears and Grand Staircase Escalante National Monuments. Due to a political decision, the size of these national monuments have been drastically reduced by 85 and nearly 50 percent, respectively. Here is the first of a 3-part series as they bike, climb and raft the scenic and vast terrain of southern Utah to raise awareness for these public lands.