Words and Photos by David Wilcox

The winter solstice marks the onset of winter, and the shortest day of the year, usually falling on December 22 in the northern hemisphere. Short, dark days that are often cold, wet, and coincide with the hustle and stress of the holidays make getting out for any kind of ride difficult at best.
Over the past 5 years, I’ve made a habit of celebrating the summer solstice, the longest day of the year, with a ride that is often my longest of the calendar year by miles and/or time in a day. Last winter, Ryan Francesconi, Dustin Klein, and I decided to take that idea and attempt a 2-day ride of reasonably large proportions over the winter solstice to the Oregon Coast and back from Portland. (Be sure to check out the video from that ride at the bottom of this post.) That could have easily been the end of any excitement about long rides on short days in the cold and wet, but memories of this kind of type-II fun tend to be heavy on the enjoyable parts with the bad moments fading in the distance. 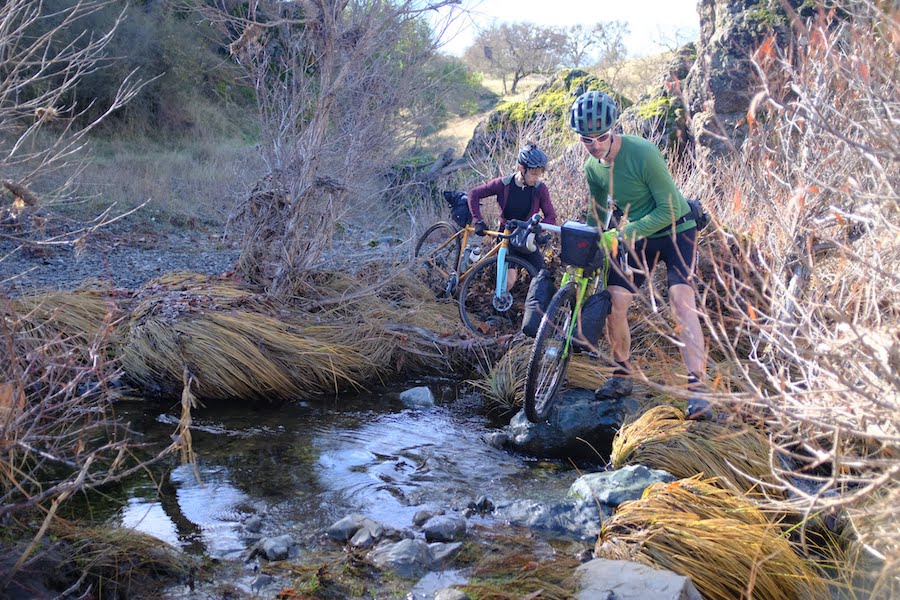 Starting and ending in Portland, OR was a possibility for 2018, but since I’d moved to the Bay Area at the end of summer, the warm(er) weather and the chance of sunshine made for a better location choice. Ryan had been looking for an excuse to do some cycling in the Bay Area where he’d spent some years in a previous life when he used a bicycle to get around town, but not much else. Plus, it would also make an excellent excuse for me to check out some of the riding I have access to close to my new home. 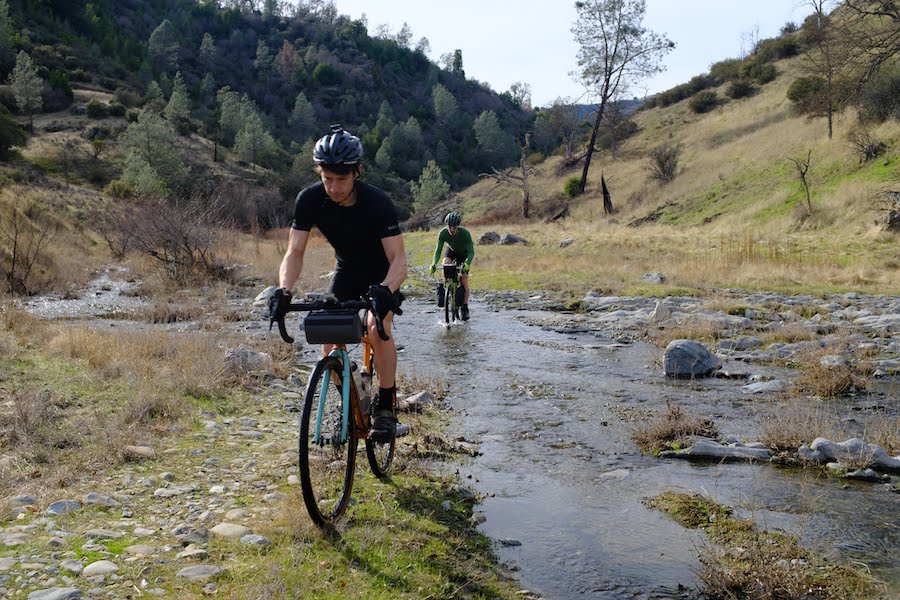 The plan was to circumnavigate the southern portion of the San Francisco Bay using parts of the Bay Area Ridge Trail and other dirt sectors when possible covering a little over 100 miles a day for 2 days, utilizing public transportation to get to the start and back from the end of the ride. We would stay in a motel overnight to lighten the load we’d need to carry since the distance and elevation gain of the two days would be a bit of a stretch for this time of year. 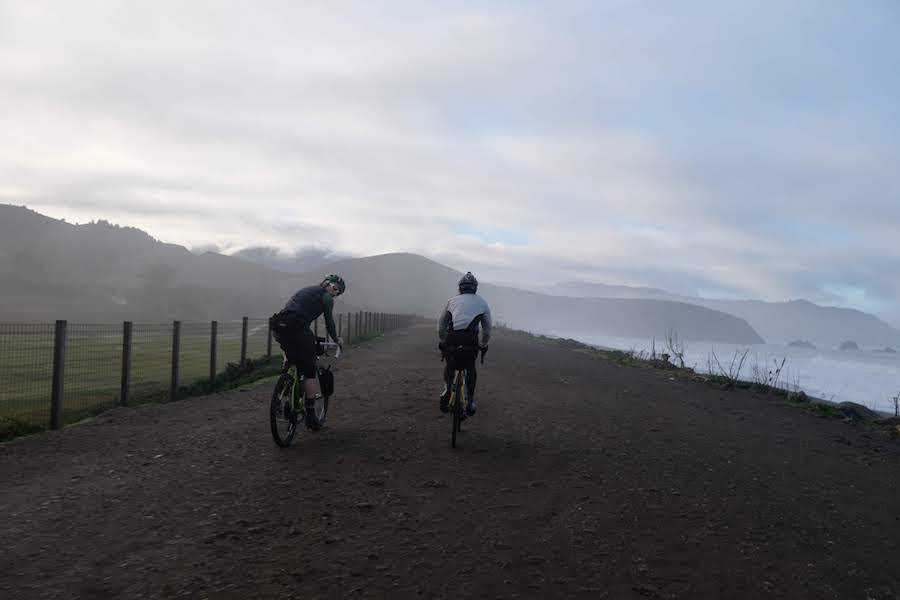 Using the magic of the internet, Strava Heatmaps, bikepacking.com’s SF Penninsula Traverse route, and lots of pouring over maps Ryan and I came up with a few options for our route. Knowing the days would be short, and the climbing steep we slowly dialed back the mileage to an ambitious, but hopefully manageable distance each day.

As the ride neared I looped in Charlie Bertham, a friend from Boston who’d moved to the South Bay about a year before my move, and knew a number of the trails and roads we’d be riding on the first day. Ryan would take the train down from Portland a few days ahead of the ride, and we would all meet up at the Daly City BART station on the morning of the 21st.

While the forecast was for clear skies all weekend, the train ride to Daly City appeared to indicate otherwise. Day 1 would have us riding through a cloud. Technically we may have been riding through dense fog, but it certainly felt like rain. I was quite glad to have grabbed a rain shell that I’d been planning to leave behind on my way out the door! 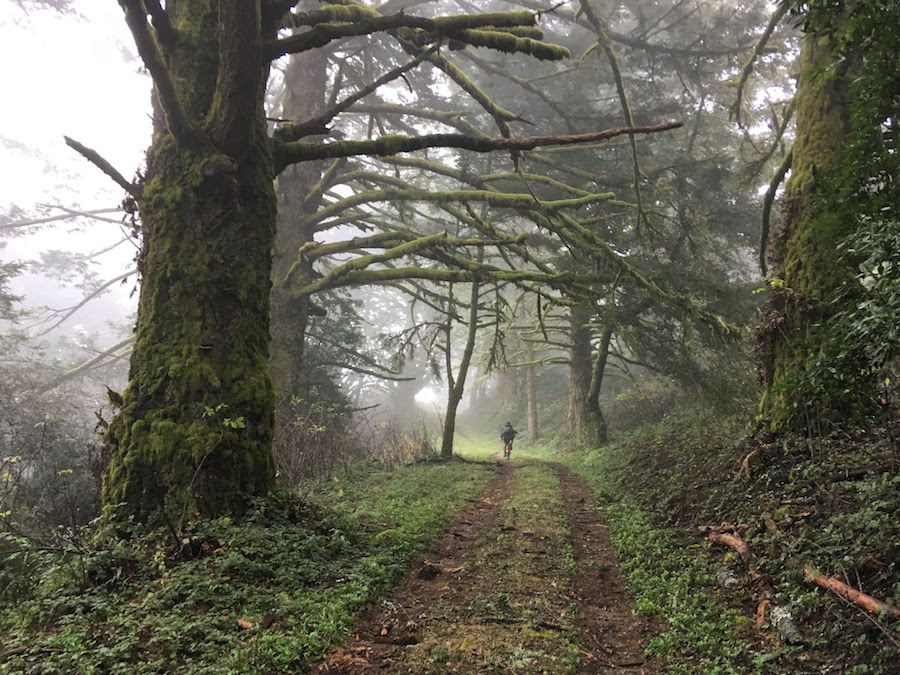 There were a few glitches in our route that make sharing it unwise. Sometimes internet research doesn’t reveal whether a route crosses into private property, and we learned that the hard way. Choosing to hop one fence, which leads to hopping 4 or 5 more before resurfacing on public land wasn’t our goal for either day and not something I’d encourage without a willingness to pay any penalties associated with trespassing. Lucky for us the only encounter we had was with a pick up full of camouflage-wearing gentlemen with guns who menacingly warned us that the landowner would be coming down the road in a few hours and wouldn’t be too happy to see us if we were still there. That made us move a little more quickly until we hopped one last gate and reached pavement. 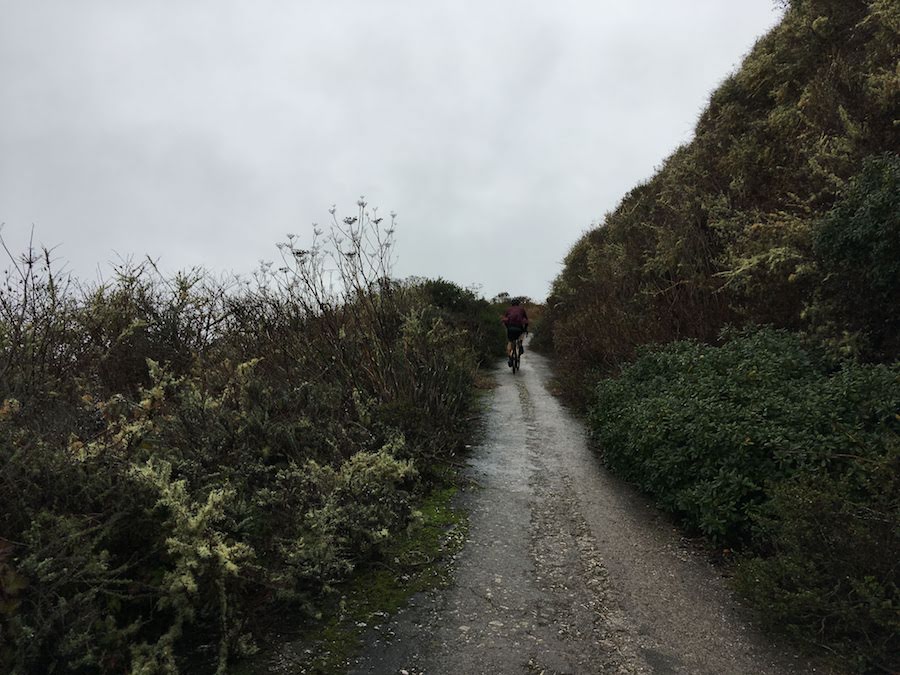 Keeping warm in the damp weather of the first day was a struggle. As we descended from the summit of the first dirt sector just south of Pacifica the cold really set in. Once we hit the coast a stop for coffee and a snack to warm up was in order.

From the coast, we climbed the Purisima Creek Trail to Grabtown Gulch Trail. Every climb seemed to have multiple pieces that were 15-25% grade making it easy to stay warm, but somewhat tricky in the wet to maintain traction. We stuck to our route through El Corte Madera Preserve, but after topping out on Skyline Blvd, we opted for some paved miles instead of dirt to make up some time based on a slower than expected pace.

After a 20-mile road climb on Skyline it was fully dark, still raining, and we had a 3k’ descent on a trail into Los Gatos that would leave us with 25 more miles to go before our end point for the day in Morgan Hill. Once we hit the dirt, the trail was covered in salamanders, and it would be impossible to avoid them all, especially since we could hardly see the path with the thick fog and rain. There was a lot of dodging and weaving to avoid salamanders on the way down while trying to see which way the trail went as we descended through the dark cloud. 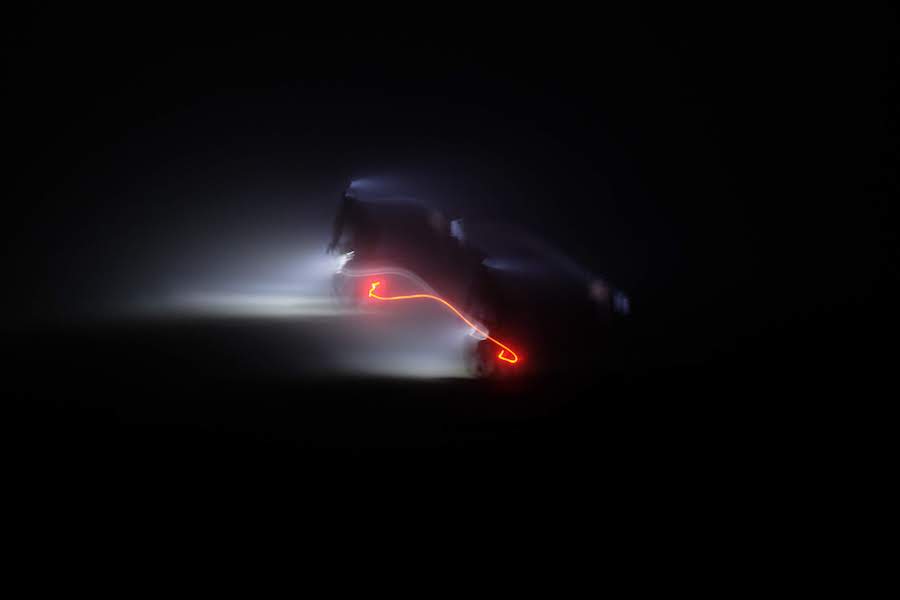 From Los Gatos, we had one more dirt sector through Coyote Hills State Park before reaching our home for the night and hopefully some dinner. By the time we reached that dirt we were mostly out of the rain, and moving with some intent as we knew the end was near. Overpriced Mexican food never tasted so good, and we were quite thankful for the heat in our motel rooms that mostly dried out our rain-soaked bikes and kit.

Day 2 turned out to be sunny, with no threat of rain. Most of the day was spent traversing Henry Coe State Park – the largest state park in all of California – from south to north. While quite beautiful, the terrain is unforgiving.

The theme of extremely steep fire road and trail climbs continued with some incredible views, and plenty of time to take them in as we pushed our bikes up the hills. Bike packing fully loaded for camping would make for quite a bit of pushing in Henry Coe, unless you planned the route very well. That said, the park is vast and ripe for big mtb rides or bike packing trips.

Our journey through Henry Coe led us to San Antonio Valley Road and the approach to the summit of Mt Hamilton on the pavement. We only gained 1k’ through the park, all of it quite steep, leaving us another 2k’ to the observatory at the top. 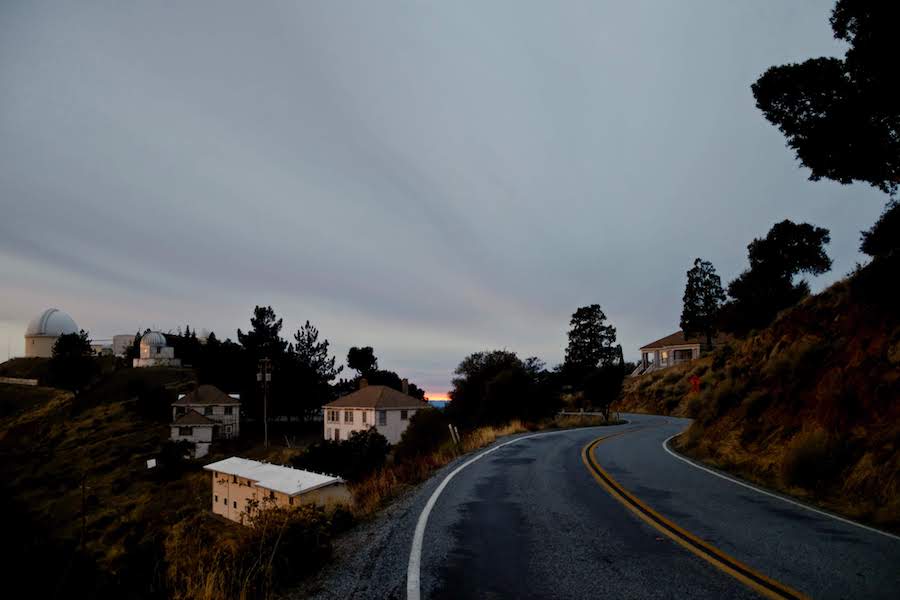 With the temperature near freezing at the summit, we put on extra layers in preparation for the cold, dark descent, opting for a slight shortcut back to the San Jose CalTrain stop for Charlie and to Warm Springs BART for Ryan and myself. We still managed to fit in a small piece of single track before dropping into San Jose and splitting off for our respective public transportation routes back home.

Turns out it was relatively easy to bite off a bit more than we could chew both days. I’ll be looking forward to exploring some of the areas we passed through when the days are longer.