If you’ve ever spent a night in the Moab desert, you know what it’s like to feel like you’re on another planet: otherworldly red dirt, towering cliffs, countless bright, shining stars.

That’s the feeling Kate Harris grew up longing for. As a kid, Harris wished for nothing more than to visit Mars—to be an explorer, like those who’d mapped the world she now inhabited. Like Marco Polo, whose name is most closely associated with the Silk Road.

Harris came closer to that dream than most: she studied at Oxford and MIT, and even wore a canvas space suit as a research assistant at a Mars simulation site in Hanksville, Utah. Like many explorers before her, though, Harris felt trapped by the confines of science.

“The first sign of doubt,” Harris writes of her experience immediately post-faux-Mars, “is renewed fanaticism.” She studied harder than ever to become an astronaut after she returned from Hanksville, “despite questioning, deep down, whether I wanted to permanently emigrate to Mars if it meant a lifetime of containment.”

Harris’ journey by bike on the Silk Road was many things, but “containment” certainly doesn’t describe it. Lands of Lost Borders opens as she and her companion and childhood friend, Melissa Yule, prepare to illegally cross a checkpoint at a tiny outpost in western China. The reflectors on their wheels are covered in duct tape; their ability to continue riding the Silk Road depends on it.

The best travel writing is as much an exploration of the self as it is of a place. Of course, good writing won’t hit you over the head with it; it trusts the reader to make those connections themselves. Harris manages that, though her debut is a bit slow-moving, at times, as adventure chronicles go.

Still, the book Pico Iyer describes as “a modern classic” makes up for its slower moments with excitement in spades—the aforementioned crossing of the checkpoint at Kudi; being locked in a room above a shop as a result of a brief misunderstanding—and the parts of a long bike journey familiar to anyone who’s toured long distances, like relying on the hospitality of strangers, even if you don’t speak the same language.

Before Harris took on the Silk Road, she and Yule had biked across the United States. In 2006, they biked part of the Silk Road, across Tibet and Xinjiang, after which they vowed to pedal the rest of the route, which would take them through 10 countries over 10 months. It was, in other words, not your average bike tour.

But Lands of Lost Borders is bigger than a bike tour, cliche as it may sound. Harris writes compellingly even of the mundane moments on the Silk Road, the ones we’ve all experienced on two wheels but wouldn’t necessarily be able to put to words: seeing garbage and roadkill; the rain and sleet and moments you can’t remember why you started this thing in the first place. Reading the book feels like talking to a friend about a big trip, if only your friend were a Rhodes Scholar.

In the end, of course, Harris and Yule have accomplished something, but Harris doesn’t pretend to know exactly what. That’s what’s refreshing about Lands of Lost Borders: after all that, there’s no condescension—no insistence that you could have it all if you’d just drop everything in your life for ten months and ride your bike across China.

But there’s this: when I finished Harris’ book, I sat for a moment to process what I’d read (it had taken me a few days, but I’d scarcely put it down). And then I went to hop on my bike, because Lands of Lost Borders left me itching to see something new.

Buy the book, out last month, from major booksellers nationwide for $24.99. 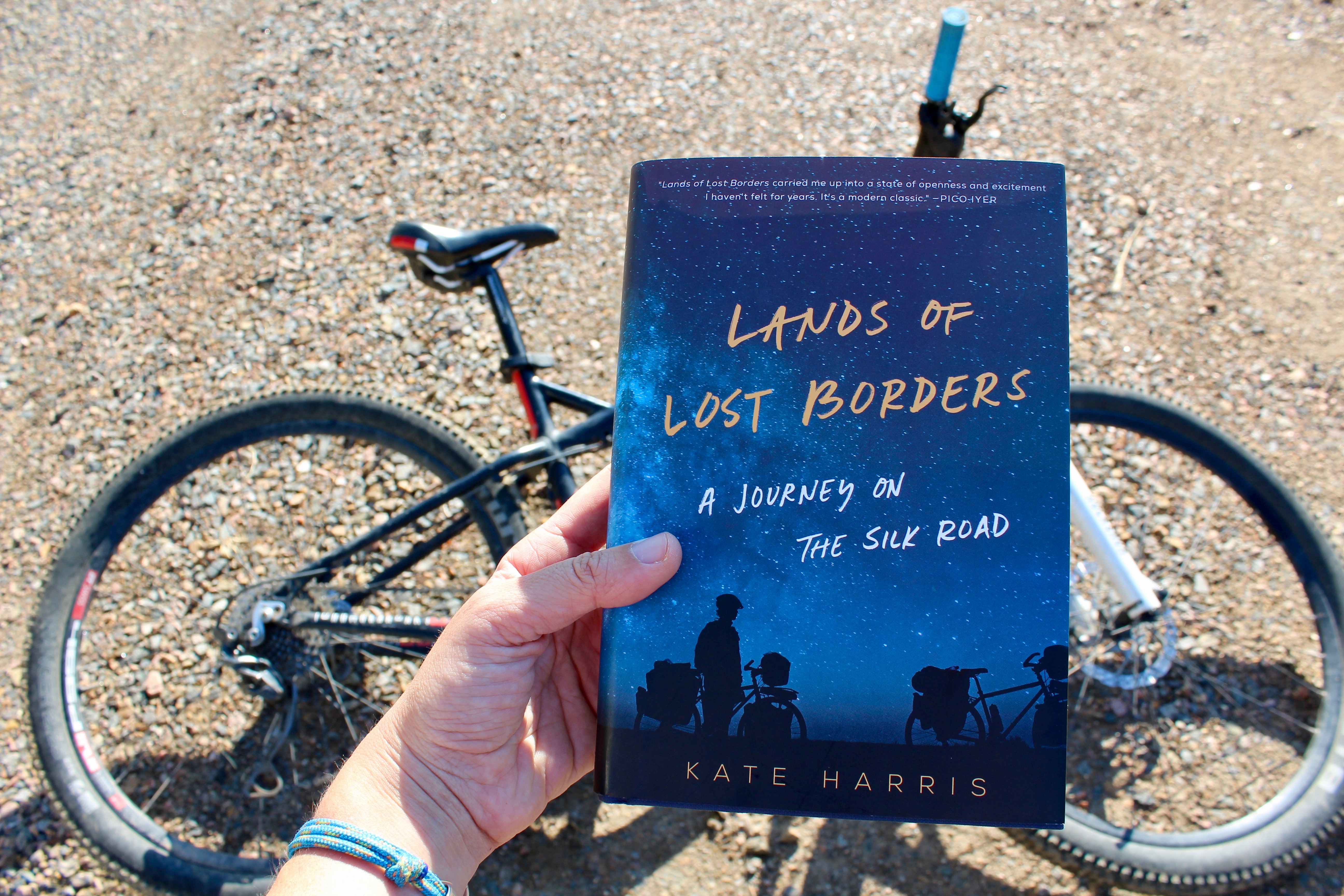