What’s better than riding in a wet chamois? Throwing yourself off a cliff

In Huaraz, Peru, local athletes don’t really have a place to swim—the town’s river is clogged with trash, and nearby mountain lakes are glacially cold—but they’ve got easy access to the Cordillera Blanca and the Cordillera Negra, a matched set of mountain ranges that rear up in the country’s northern Andes.

No one seems to be complaining about the lack of swimming holes, and on the last weekend in June, the city kicked off their Festival del Andinismo with the fourth-annual Huaraz aerothlon, an event where trail running, paragliding, and mountain biking replace the “swim, bike, run” of classic triathlons. 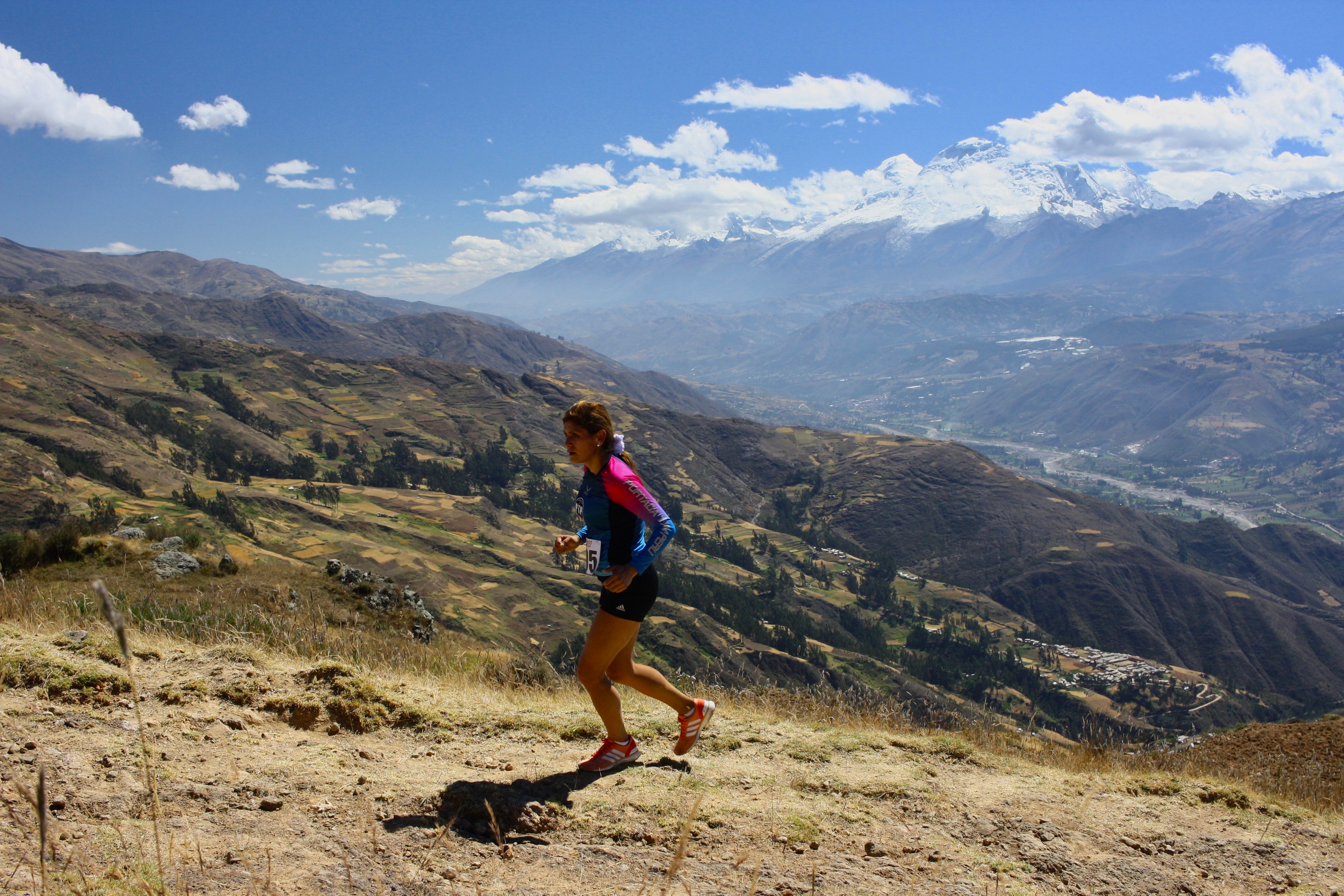 For event organizer Benjamín Morales, it’s just another chance to get people into the mountains. The son of a local glaciologist, he’s explored much of the Cordillera Blanca, where the highest peaks stretch beyond 22,000 feet. It’s the largest glaciated tropical mountain range on earth, but it’s still unknown to most foreigners outside of the mountaineering community.

“For climbers that come to Peru,” said Morales, “it’s a must visit. For everyone else that comes to Peru, it’s more like ‘maybe also visit’.” He’s set on changing that with a series of events worth traveling for. This year’s Festival del Andinismo featured rock climbing competitions and mountain films, but also a serious cross-country bike race that took advantage of the Cordilleras’ extensive network of dirt roads and single track. In the end of August, Morales is holding a four-day mountain race called Genesis, which links one of Peru’s most important pre-Inca mountain sites with an ancient archeological site on the coast, passing through a series of Andean villages along the way.

It’s an ambitious lineup for a region that’s still left off most tourist itineraries, but on the morning of the aerothlon, each of the 35 participants from Peru, Mexico, Bolivia, and Venezuela seemed laser-focused on the task at hand. The running started at a picture-perfect town square, then quickly turned brutal—the runners climbed 1,000 meters over just six kilometers, charging up a trail that slashed through a series of dusty switchbacks.

Balancing a camera and a notebook, I held on tight in the back of Morales’ truck as we took the long way up the dirt road, racing the pack leaders to a paragliding launch site in the Cordillera Negra. After tumbling out of the back and heading over to the hill, I joined a Quechua woman in traditional garb beside the inflatable Red Bull arch, which volunteers had wrestled down the trail just after dawn. 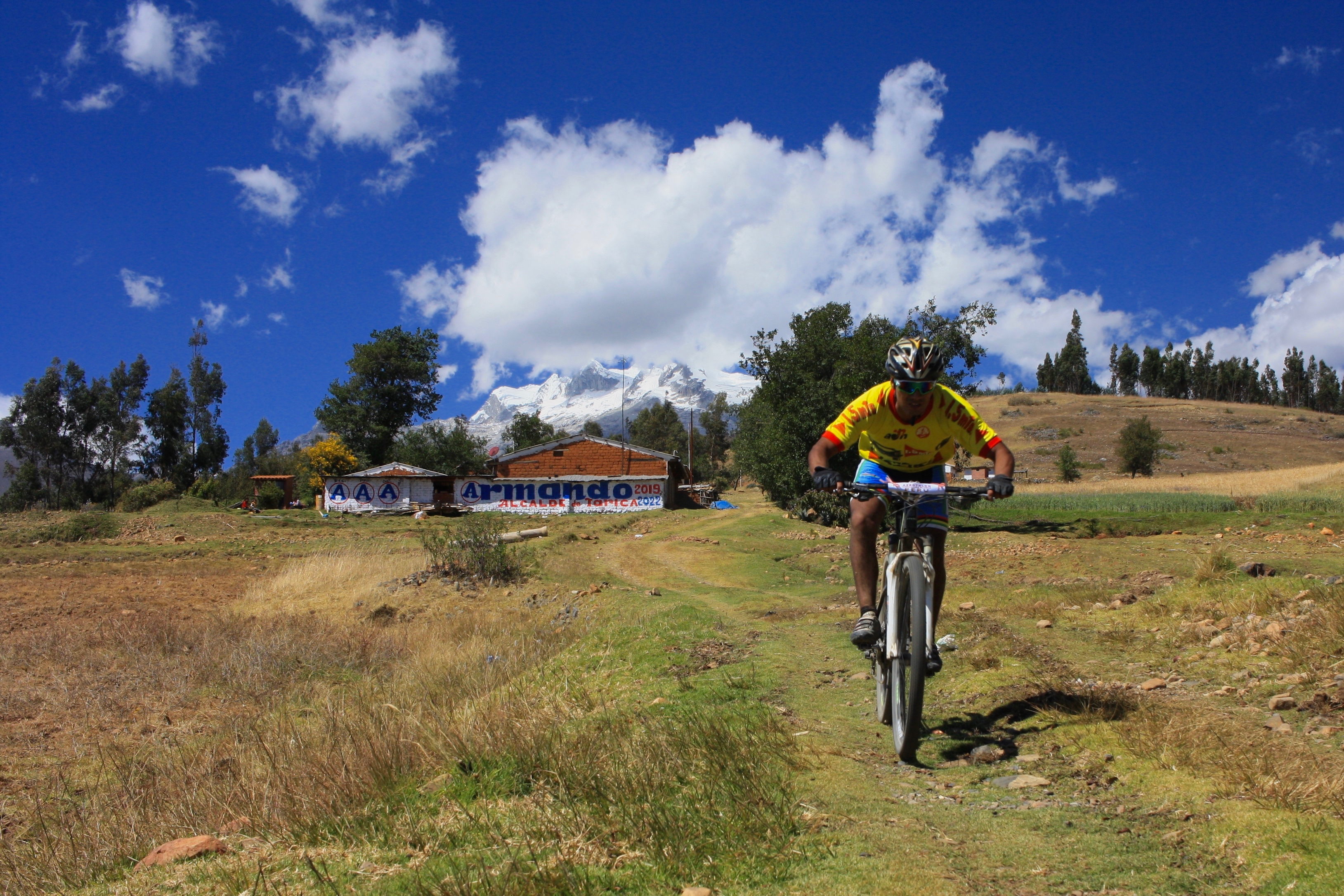 We watched the trail below as paragliding pilots laid out their wings on the spiky grass. While some participants with no paragliding experience would strap onto an expert for the float to the valley floor, several experienced athletes chose to run, fly, and ride with no assistance.

One of those was Pablo Renato Lopez Garibay, a Mexican athlete who dreamed up the aerothlon and held the very first event in 2013 in Malinalco, Mexico. “I’m pushing this idea of a mix of running, flying, and bikes—I’ve brought it to Peru and Colombia, and I’m bringing it to Canada,” he said. By his own reckoning, he’s flown more in Huaraz than any other paraglider. “I came to fly, and to see the mountains, and I saw that with the topography, it would be a great place to have an aerothlon.”

The first runner to reach our hillside perch, though, had never flown in a paraglider, and he looked giddy—and maybe a little shaky—as he strapped himself to the pilot. I approached the pair to listen in on the paragliding lesson, which appeared to have been abbreviated for the sake of his competitive edge. “When I say run,” the pilot explained, “you run. Okay?”

A few seconds later, the second runner appeared around the corner. Tightening some final straps, the pilot snapped into action, shrieking: “Run!” The runner, who looked even more nervous than before, ran, and the two launched uneventfully into the air below us, their paraglider wing framing the snowy backdrop of Huascaran, Peru’s highest peak.

After a few more launches, we piled back in the truck, racing down the Cordillera Negra into the valley below, then climbing again into the Cordillera Blanca, winding towards the glaciated peaks at the northern end of the range. We were aiming to intercept the race leaders as they descended from grassy single track onto a bumpy dirt descent that would take them back into the valley.

It was a magnificent scene, with fields of lupine, rolling hills, and a lineup of peaks whose glaciers shone in the afternoon sun. We crouched at the edge of the road with cameras ready, waiting for the first rider. One sharp-eyed photographer spied movement in the trees, and waved to the rest of us, crying: “Here he comes!”

Another journalist bellowed in reply, shouting a warning to the approaching cyclist. Because as the leader wound through the field, an unexpected pursuit pack pulled towards him, arriving at a sharp angle to the official course. As we watched, a burro stepped into the lane, followed by a slow-moving herd of assorted livestock. “Watch out!” we yelled as the rider approached the road. “Sheep!” 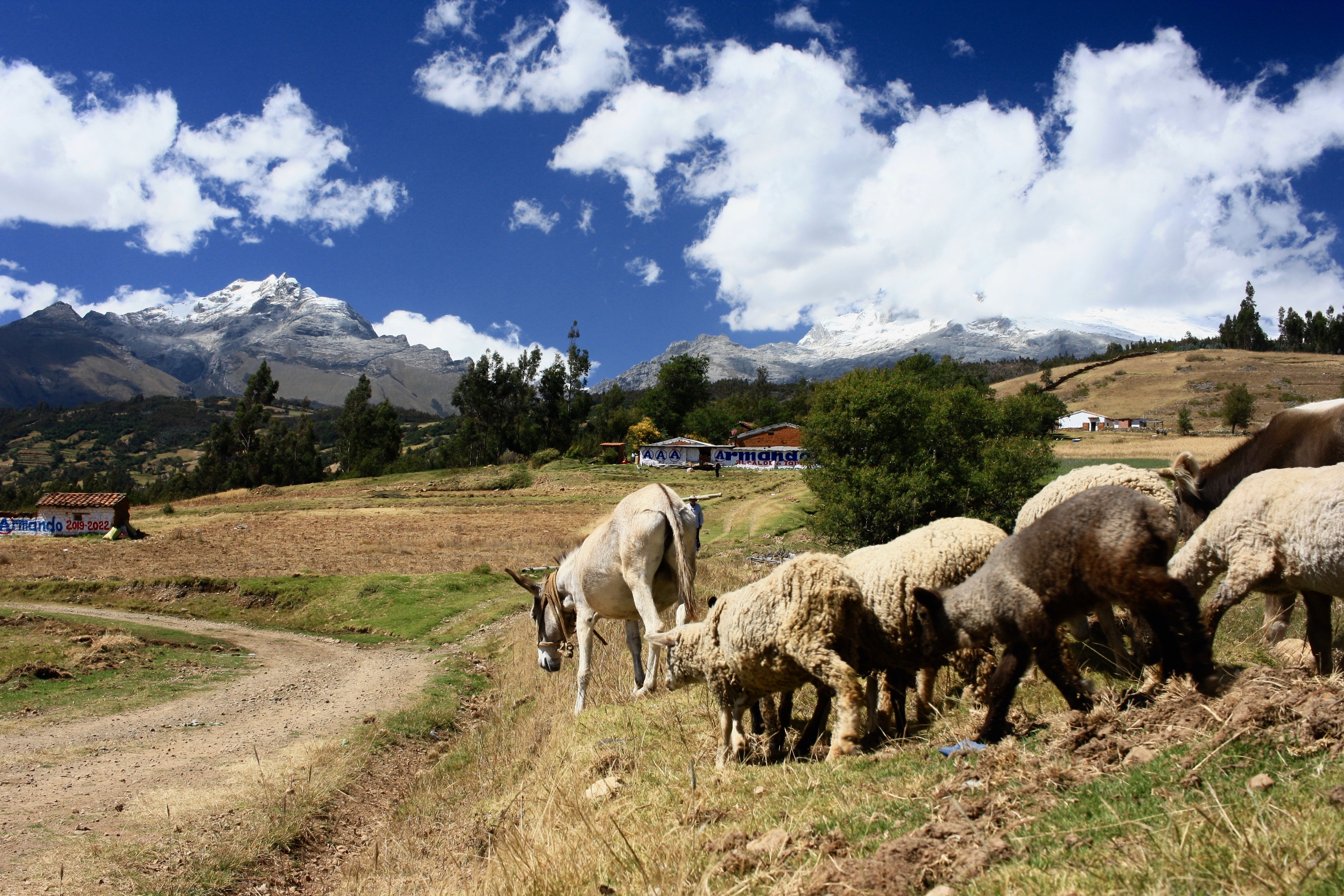 Want to compete in an aerothlon? The next event will be held on September 1st in Pemberton, British Columbia, followed by a November race in Malinalco, México. For more information, visit www.aerothlon.com.

Learn more about events in Huaraz and the Alcash region at www.festivaldelandinismo.com. To fire up your Cordillera Blanca bike stoke, check out writing by While Out Riding and Pikes on Bikes.