Traveling at high, but comfortable speeds while watching the world move by in that absorb-it-all slow motion kind of feel, and holding a conversation with a group of your best friends sounds like a my daily cycling dream. It’s a dream that us enthusiasts live out everyday, or at least try too.

It doesn’t matter if it’s during smooth tarmac road rides, pot hole filled back roads on our loaded up touring bikes or just sunset cruising the bike path of our local communities with the whole family – cycling is a social activity.

Don’t get me wrong, I do enjoy my solo, life contemplating rides. As many questions I can answer and idea seeds I can plant during these rides, the ride stories and memories that are truly seared into my memory are ones spent with others.

Here’s four reasons why the next time you ride, you should bring along a friend (or two). 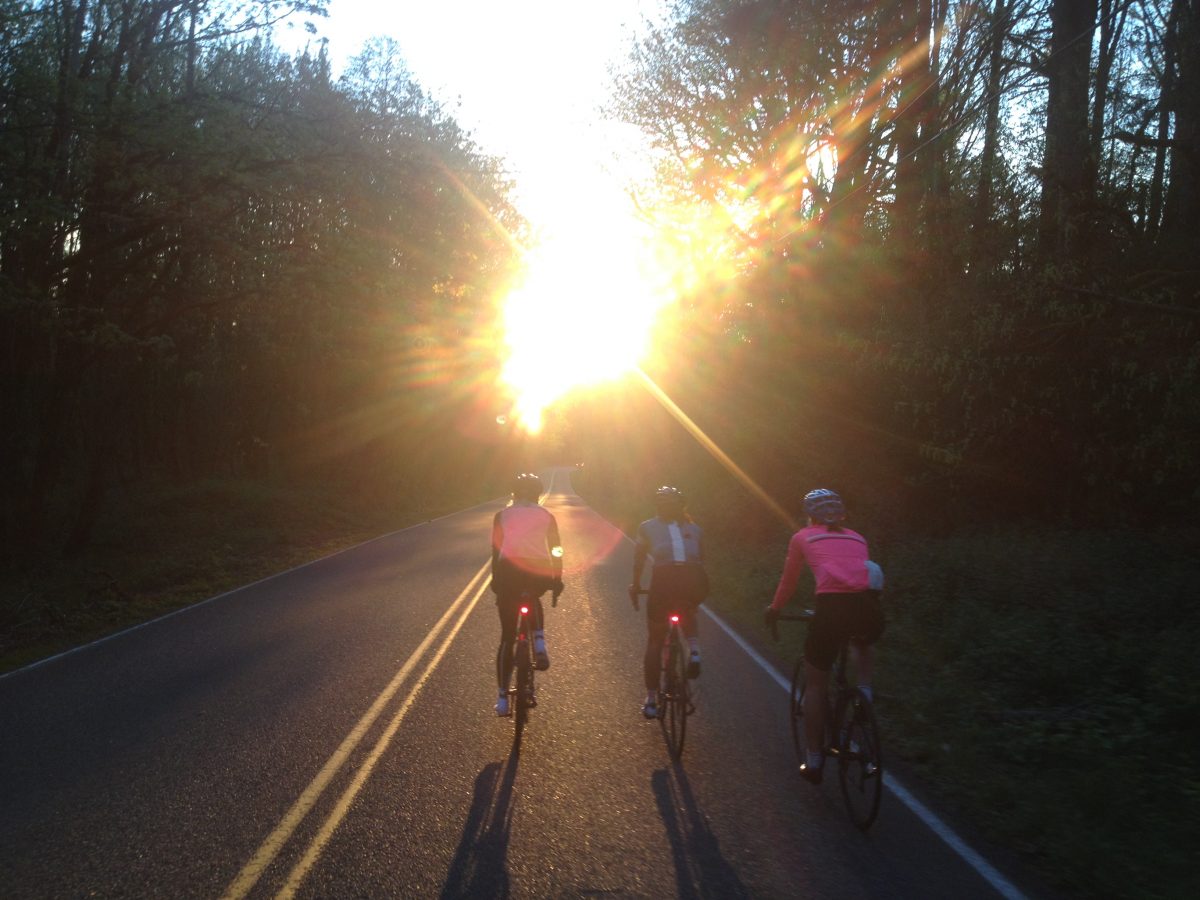 The more friends you have around you on a ride the more eyes you have on the sights, sounds and the unfortunate truth of sometimes dangerous traffic (cars or bears depending on your environment). Cycling has inherent dangers, so traveling in numbers decreases your chances of be stranded with no help or someone to lean on.

You know what they say, laughing is contagious. In that light, I present the case that ten friends hooting and hollering down the road on an early Saturday morning sunrise ride is twice as fun as just five (five is still pretty good, but you get my point). Create a group of riders interested in going a similar pace as yourself, but collect a diverse group of opinions and personalities. The miles will fly by and the fun will keep piling on.

Beer in hand and group photos after an all-day ride always seals the deal. Those are the photos you share with your non-riding family, friends or cyclists you want to make jealous because they missed out. We all know selfies are kind of silly and asking another solo rider to take a picture of you and your bike is just plain weird. Introduce yourself to a stranger and ask them to take your friend’s picture on top of the mountain, then invite them into your group and back to town for a cold one!

Naturally, riders in every group will have varying cycling experiences and skill levels. What better way to pick up a few new tricks of the trade from someone you’ve only seen in passing or behind the counter at your local bike shop? You’ll likely be riding with all members from your group, so take the time to get to know them better. They might be a former world champion trials rider that knows a thing or two about balance and picking lines, or maybe an R&D engineer that knows how to make you more aero on the bike, if that’s your thing. We all have our strengths and weaknesses on the bike. Don’t be afraid to speak up, ask questions, learn a skill or two and pick up some tricks for your bike knowledge bag.

If the most important thing is to just get out and pedal a bicycle, then coming in close at number two is to actually ride with other people. We evolved as social creatures for a reason after all, survival. So, don’t fight it, but it embrace and plan your ultimate group ride –  there is no right, or wrong way just get out there and have a blast.