As the industry continues to dive headfirst into the longer-lower-slacker deep end, Kona, despite having a big part in creating this trend in the first place, takes a step back from the edge with the Hei Hei Trail. Instead of a carbon version of the Process 134, this bike is a return to a gentler time. The 140 mm-travel “Trail” variant represents a new 27.5 branch on a Hei Hei family tree that is deeply rooted in cross-country riding. Our $5,999 DL model occupies the middle price point, with the $7,499 Supreme perching on the top rung and the plain old Trail ringing the register at $4,199.

Kona designed the full-carbon frame from the ground up for 140 mm of travel and 27.5- inch wheels. A Boost 12×148 axle improves rear end stiffness, and allows for 16.7-inch chainstays that leave ample clearance for the stock 2.3-inch tires. Internal cable routing helps maintain clean lines. The fact that said cables shoot straight through the down tube should minimize insertion frustration. It’s worth noting that the frame comes in extra-small, but not extra-large, sizing.

The DL’s 26.8 pound weight testifies to carbon’s feathery nature, but Kona is quick to point out that the frame emphasizes strength, stiffness and durability as well. Yeah, I know, that’s what they all say. But with Kona’s reputation for making durable bikes, I’d be comfortable considering one of its carbon frames as a long-term investment.

Kona has an extensive history of designing bikes with single-pivot suspension, a simple and reliable approach that works well when executed properly. The Fuse Independent Suspension on the Hei Hei Trail is designed to be as lightweight and efficient as possible. It relies on a small amount of frame flex near the dropout rather than a rear pivot, which saves weight and improves lateral stiffness, according to Kona. The linkage that drives the trunnion-style rear shock allows Kona to tune the leverage rate curve, which helps control how the wheel moves through its travel range.

If you believe the old slogan “it’s what’s up front that counts,” then you won’t be disappointed. The Fox Factory 34 Float Air 140 mm is a top- notch “trail bike” fork. Its positive and negative air springs dynamically balance during use, and the spring-rate curve is adjustable via air volume spacers. Kashima-coated uppers fight friction and promote supple action. The FIT4 damper has a dial atop the right leg that offers open, medium and firm settings, and a low-speed compression adjust for the open position. Kona spec’d the 15×110 mm Boost axle version.

The 11-speed drivetrain features Shimano’s XTR rear derailleur, XT shifter, XT 11-42 cassette and PF92 bottom bracket. RaceFace Aeffect cranks feature a 30-tooth narrow/wide chainring and a removable spider interface that is compatible with existing chainring standards and promises to adapt to whatever new standard some smartypants designer is about to drop on an unsuspecting world.

Other notables include a KS Lev Integra dropper post (with Southpaw lever) and Shimano XT brakes, which work just fine despite their pain-in-the-butt JIS bolt for adjusting free-play. Speaking of butts, mine likes the provided WTB Volt Comp saddle. Kona’s house-branded XC/BC 35 riser bar and stem combo round out the rest of the cockpit. 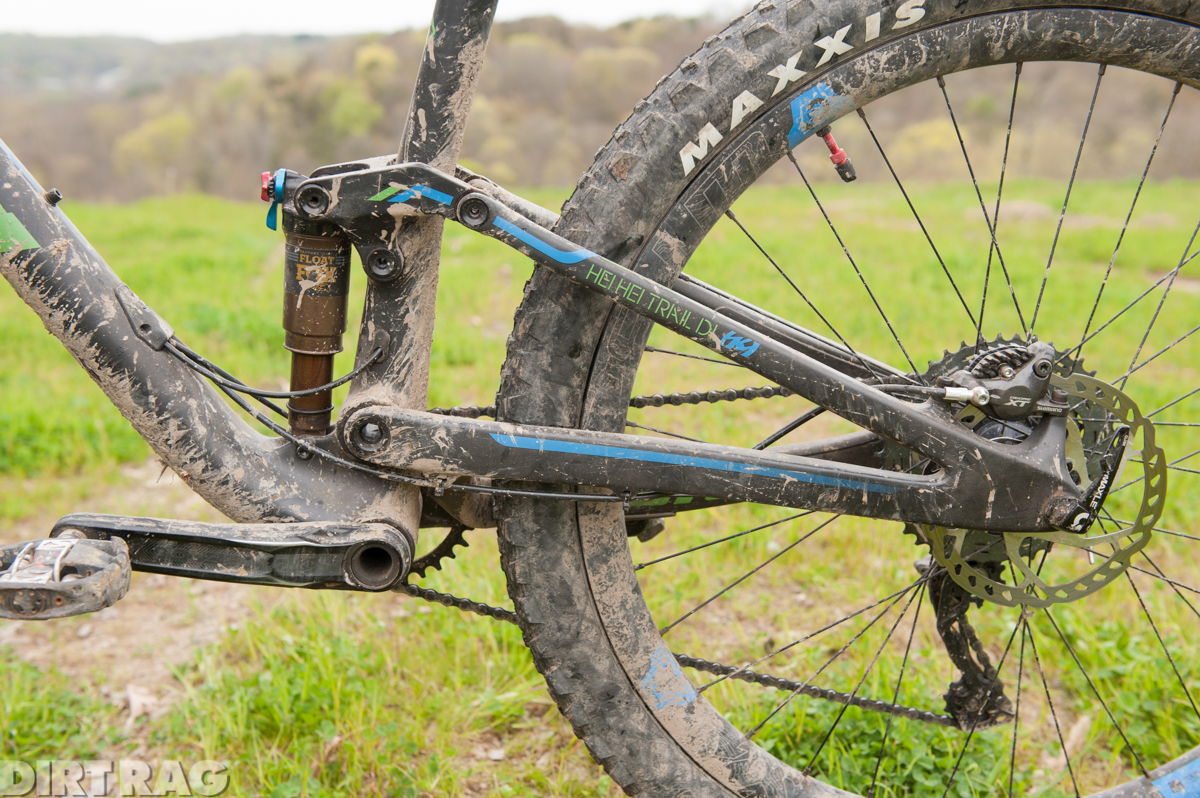 Bucking the slacker-lower-plusher trend, Kona produced a nimble, efficient and pedal-y trail bike that’s versatile enough to handle the full spectrum of conditions in which I find myself riding. Our local terrain involves everything from rolling, flowy tracks built on sustainable grades, to narrow and techy singletrack pioneered by antlered denizens of the local woods. It’s not what I’d call “extreme” terrain, but it involves a variety of technical challenges in the form of rocks, roots, twists, turns and punchy climbs.

From my very first ride, I felt in sync with the nimble handling that the short chainstays and not-too-slack head angle combined to produce. I didn’t have to suffer through a “learning curve” trying to figure out the bike’s handling. I love it when that happens. This bike makes no effort to fit plus-sized tires, and its deft handling is better for it. The Hei Hei leaped over logs with the greatest of ease and snapped through tight singletrack with a dexterity that was totally instinctive. The geometry and cockpit felt totally dialed in, and I wouldn’t (and didn’t) change a thing.

Another fact about my local trails: They involve a lot of pedaling. That’s exactly where the Hei Hei shines. More pedal-y than plush, the Fuse Independent Suspension feels efficient and composed. It climbs with alacrity, and uncle Bob is a very distant relative. Rather than wallow in the mid-stroke, the rear suspension remains cool, calm and collected as you pedal through obstacle courses strewn with rocks and roots. This bike has “all day epic adventure” written all over it.

At higher speeds on flowy, machine-built trails, the Hei Hei carved corners with confidence, especially when leaned way over, which allowed the aggressive side knobs on the Maxxis Tomahawk tires to engage. As much as I liked the tire’s grippy side knobs, the low-profile central knobs often left me wanting more traction, especially in wet conditions. The tires were overmatched on slippery climbs or when churning through mud of any appreciable depth. Personally, I feel a great all-around bike like this deserves knobbier, all-around tires. 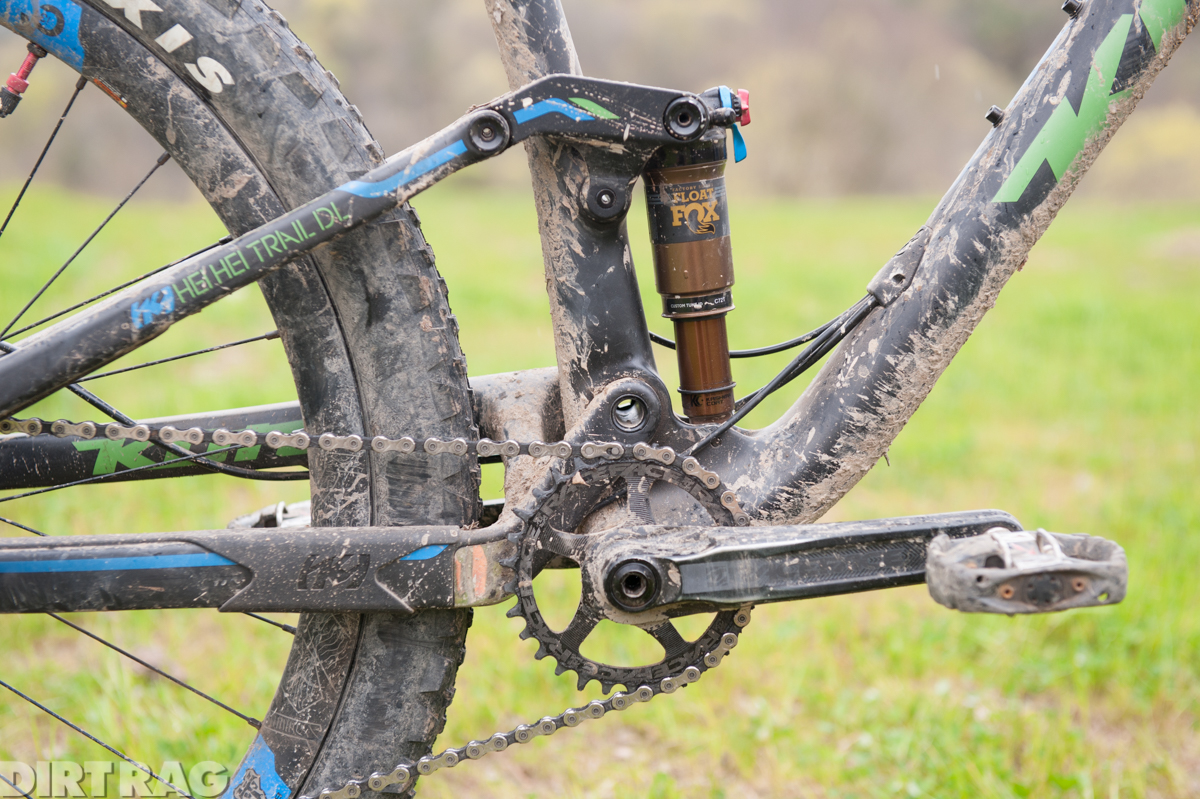 Dirt Rag’s tech editor Eric McKeegan attended Kona’s press camp last fall where he had a chance to ride the Hei Hei under “more aggressive” conditions than I dared confront. After a day of shuttle runs on the new Operator downhill bike at Retallack Lodge, he headed back up into the mountains on the Hei Hei Trail. Other than swapping out the stock tires for a set of Minion DHFs with Double Down casing, the bike was stock.

Eric reported: “I expected to be less than enthused on aggressive trails, but the Hei Hei proved me wrong. Even with what amounts to a long stem, short top tube and steep head angle these days, the Hei Hei was a blast to ride on the steeps. While I wouldn’t pick this bike first for really steep stuff, I also wouldn’t be reluctant to point the front wheel down almost anything. Which is pretty high praise for a bike that almost seems like a cross-country bike, at least according to the geo chart.” 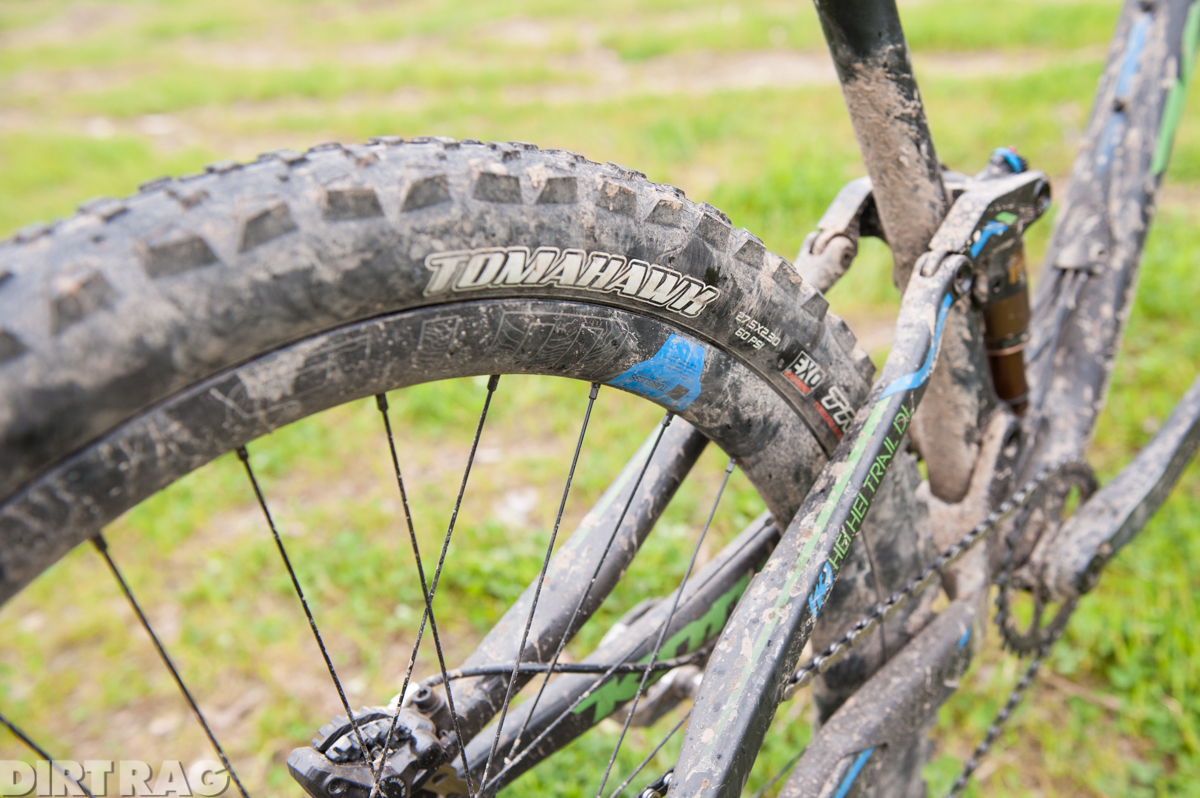 At the risk of damning it with what may sound like faint praise, this could be one of the best plain-old mountain bikes going. The Hei Hei Trail DL is a great all-arounder that pedals like a rockstar and has enough swag to bail you out when the going gets rough. More surgical scalpel than meat cleaver, this bike rewards picking a line and sticking with it, rather than blindly smashing into stuff. If you’re looking for a relaxed, plush romper, look elsewhere. But, if you’re looking for a capable, lightweight trail bike that can reel off epic miles without breaking a sweat, then Kona just might have your ticket to ride. 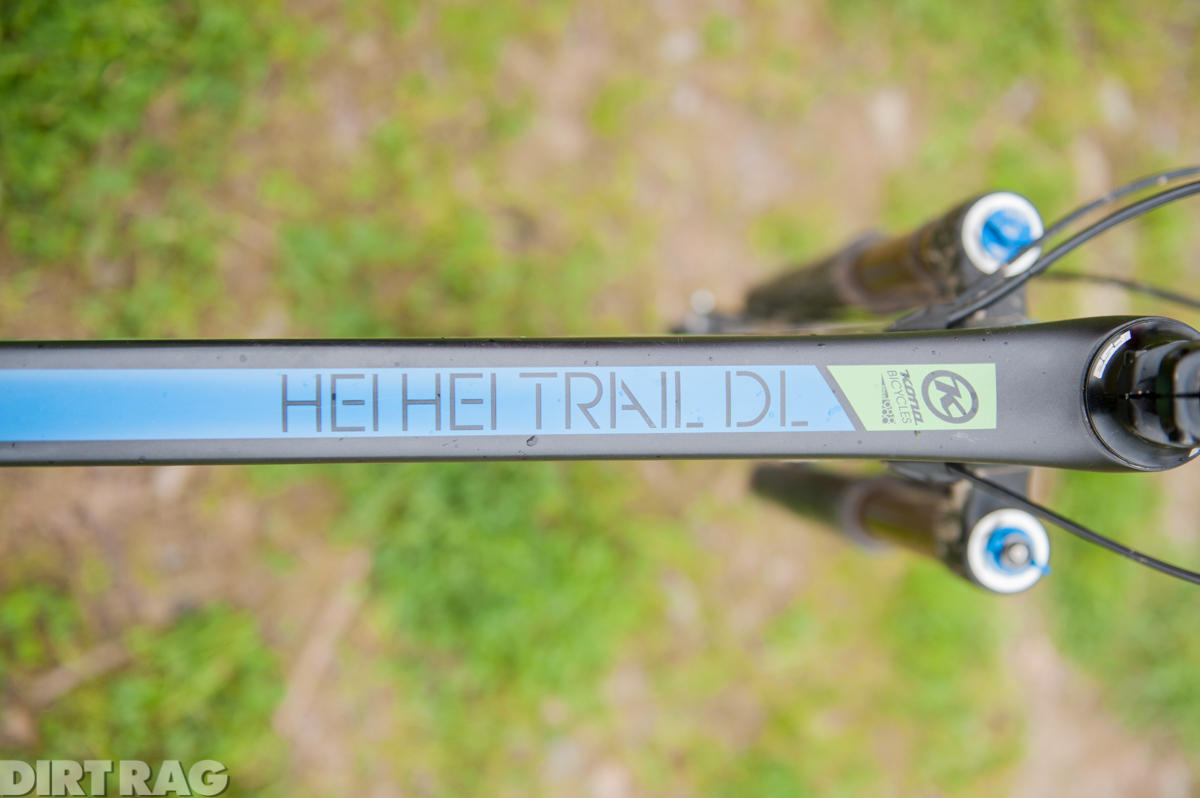