Ed. Note: Mountain Bike Trailer Park is a regular column written by Uncle Dan that appears monthly on the Dirt Rag Interwebs. If you missed his previous columns, check them out here. 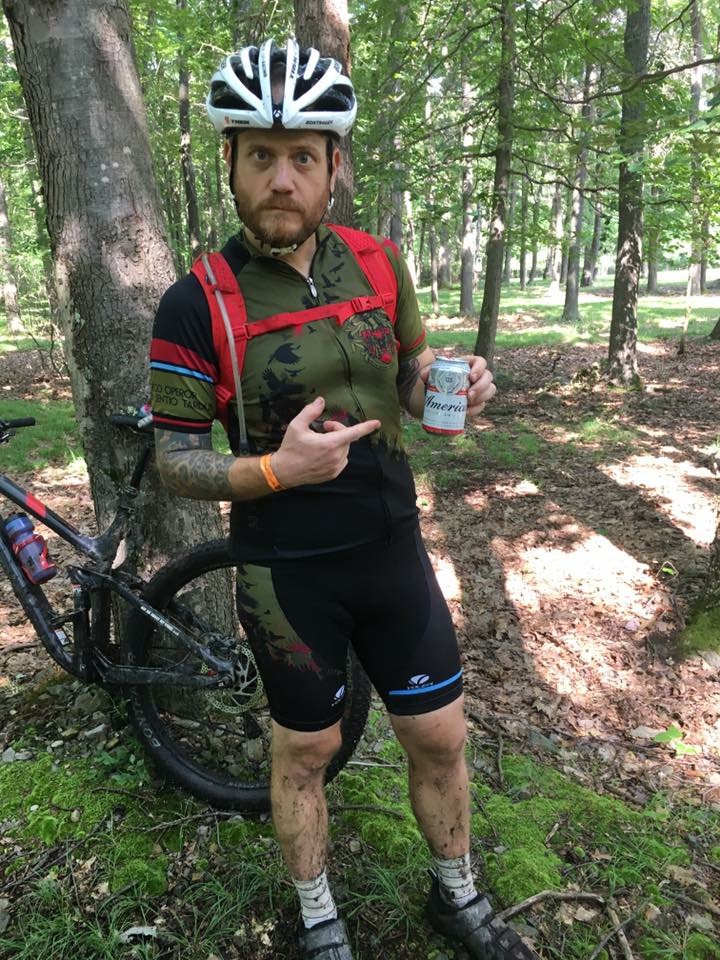 Chuck, Bill, and I laughed as I cracked my first cold, foamy, and sweetly malted can of America.

I had just arrived at Big Bear Campground, just east of Morgantown, West (by god) Virginia. Chuck and Bill had arrived before me and their tents were popped and staked, lawn chairs unfolded, and a beer rested comfortably in each chair arm can holder.

My unpacking would be considerably easier because I would be sleeping in my Jeep and the air mattress was already unfurled in the tailgate. I just needed to pull my bike off the rack.

But, first things first, I pulled a sweaty America out of my plastic cooler. The wide-mouth can popped open with a satisfying metallic crack. 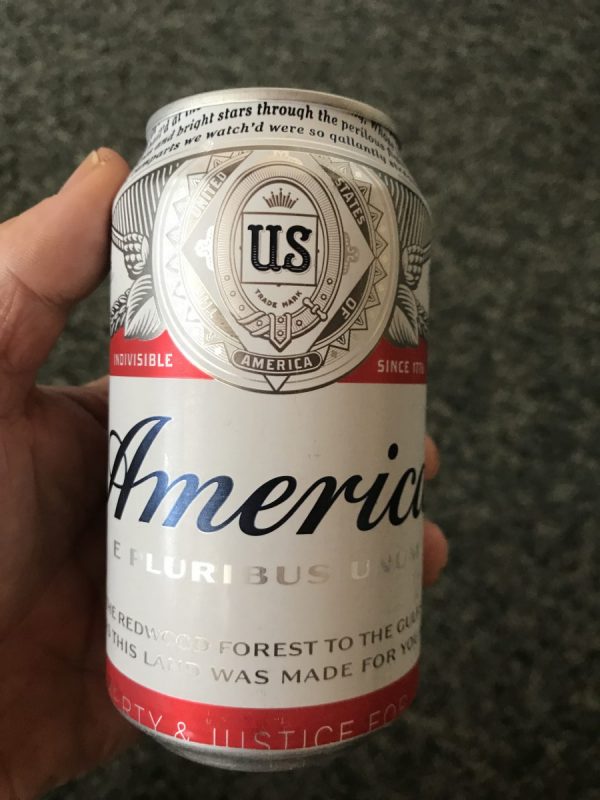 Of course, it wasn’t really America. It was a Budweiser. But Bud has literally wrapped itself in the flag. This can said “America” where it should have said “Budweiser.” And the can was covered in quotes from the pledge of allegiance, our national anthem, and the like.

We joked about the can at first (“what do you drink, ya commie?”), but the more I thought about it, the more philosophical I got. What right does this foreign-owned beer company have to co-opt America just to sell cans? How is this mega-brewer any more American than the local, small-business owners of craft breweries that are contributing members of my community, like Lineage Brewery and North High Brewing?

On the other hand, Budweiser is a major employer in my hometown and other places across the US. And they brew the country’s most popular beer. You can stumble into virtually any bar, restaurant, or carry out in this county and get a Bud. So, why don’t they have the right to wear the stars and stripes?

Anyway, by our second beers, we had exhausted this line of discussion and wanted to explore the festival a little.

We were attending Dirt Rag’s Dirt Fest West Virginia, which was being held for the first time at this location as their second event of the year, in addition to the ever-popular Dirt Fest Pennsylvania.

The three of you who follow my blog will recall that last year’s Dirt Fest at Raystown Lake was a mud fest. Well, it seemed that I would keep this streak going for a second year. While driving into Big Bear, I could already see that the morning’s heavy summer rains had made some of the singletrack into running creeks.

But the forecast for the rest of the weekend was good. Hot temps and a little wind over the next couple days would help the trails dry out some. At least, we hoped so.

In the meantime, we decided not to test the trails while they were so wet, and instead just hang out at the festival and drink beer instead.

Dirt Rag was putting on a good party. There were tons of bike vendors and lust-worthy demo bikes to try. There were also a couple of beer stations and food vendors.

Plus, Dirt Rag had lined up some great bands. Everything from bluegrass to funkadelic sounds rolled from the main stage. American music y’all! And, as I watched folks try on red-white-and-blue cowboy hats and paper mache bear heads at the Dirt Rag photo booth, my thoughts returned to America.

“America,” in the abstract, is a pretty big idea. Could mean a lot of different things depending on your point of view – liberty or institutional racism, guns or abortions, religious freedom or politicized theocracy, democracy or oligarchy, capitalism or CREAM (with credit to those All-Americans of Wu Tang Clan). So, does Budweiser’s flag can stand for all of these or just some of them?

If there is anything more American than a mountain bike festival, I haven’t found it. People at Dirt Fest are on every side of the dichotomies above, and more. But we’re not there to protest or to debate.

We had come together under the MTB banner to drink, eat, dance, and most importantly, ride.

And the trails at Big Bear did not disappoint. Sure, there were plenty of mud holes, on Saturday and Sunday, but overall the trail surface held up very well to the volume of water they had received.

The trails were “primitive,” in the best way. They were well laid out and technically challenging. I can’t wait to come back and show some of my friends around the rocks.

The Appalachian scenery was the star of the show though. From pine trees and mountain overlooks to giant rocks and river gorges, every section of the trail was breathtaking.

Out here, the dirt doesn’t care about the color your skin. The trees are indifferent to your god. The mountains remind you that you are small and temporary. The river accepts you as you are and cools the feet of all who come.

And this is what the attendees at Dirt Fest know: this is America. You can keep your political discourse and culture wars. My America exists on a dirt ribbon in the woods. This is my freedom, my spiritual center, the home that I miss when I’m away. 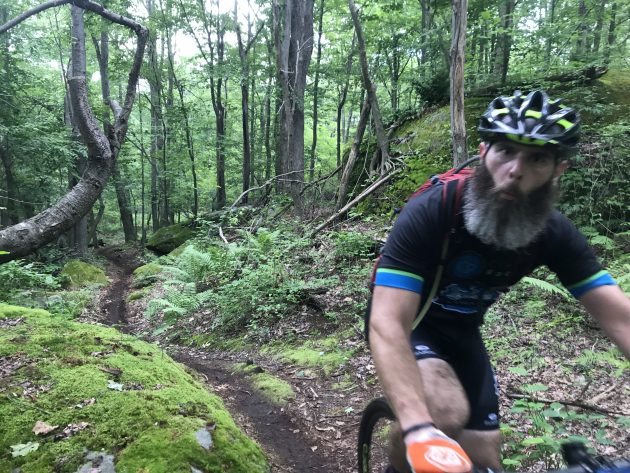 Be brave and be American.