Words and photos by Jeff Archer

Industry 9 has a place in the history of cycling because of the wheels and hubs it has produced for the past decade, but it goes deeper than that through its parent company, Turnamics Inc. in Asheville, North Carolina. Turnamics produced some of the parts for the original RockShox RS-1 when its local friends at Dia-Compe USA were assembling and selling them. Turnamics also made the Tsali Silent Roller Clutch hub for Dia-Compe/Cane Creek in the mid 1990s. This innovative hub was short-lived though, due to it being too fragile for off-road use and too heavy for road use.

Turnamics created Industry 9 to focus on bicycle hubs and wheels. Through the years there have been upgrades, but the hubs have always been known for their near-instant engagement. Most of the hubs use a series of six pawls with three of them being engaged at all times. This allows for just 3 degrees of motion before the hub engages. On a recent visit to the company’s Asheville facility I was able to see the process from start to finish since it makes everything on-site except rims and bearings. 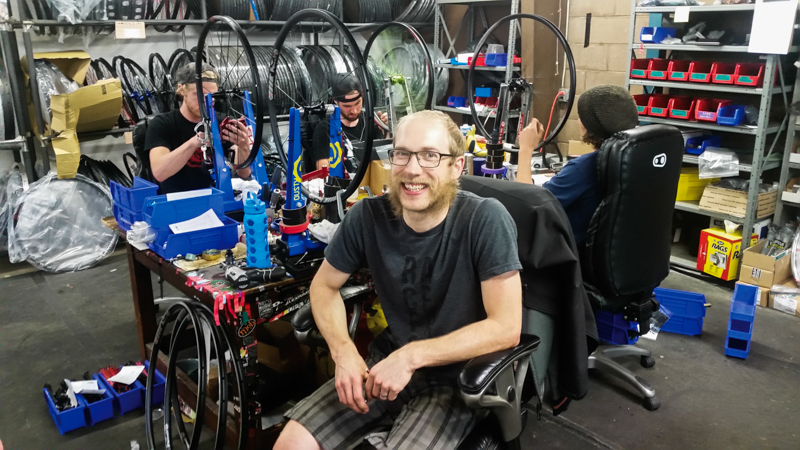 The first stop on the tour was the materials room, where the raw materials arrive. Round bars of aluminum that will become hub shells, freehub bodies and spokes take up much of the room. These raw materials are cut into lengths and sent to the machine room, where the first bores are made to make room for axles and bearings. Next stop is to the CNC machines, where the spoke flanges (“hammers”) are machined and threaded. After the machine work is done, hub shells are sent to the polishing area, where they get a mirror-like shine. That shine is then covered with your choice of nearly a dozen different colors at the in-house anodizing station. 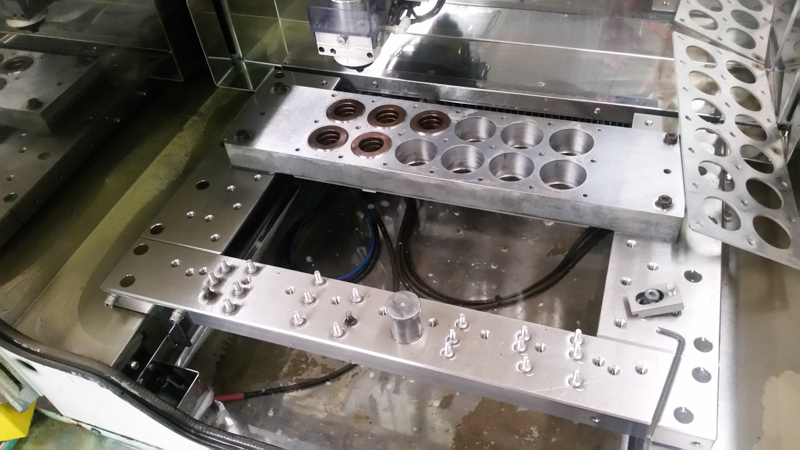 A wire-cut EDM (electrical discharge machining) machine uses a hair-thin copper wire with an insane amount of electricity to cut the ring drive and pawls out of tool-hardened steel. When mated together, this system will withstand 700 foot-pounds of torque. In another building, spokes are turned out by machines at the rate of one every 45 seconds. The aluminum spokes are 20-25 percent larger in the cross section compared to traditional steel spokes to eliminate the usual weak spots, such as the J bend. Spokes are also anodized in a rainbow of color options. After anodization, the hub shells, spokes and freehub bodies are laser-etched.

Once a specific wheel is ordered, the parts are picked off the shelves, put in a plastic bin and sent to the hub assembly area. There is an almost infinite array of possibilities when you figure in axle configurations, hub colors, spoke colors, rims and the possibility of using multiple spoke colors. After the hubs are assembled, the rims are added to the plastic bin and sent to the assembly area, where they are hand-built into the wheels of your dreams.

After the tour we were rewarded with a box of I9 goodness for the MOMBAT collection. Eric Muehl, an I9 wheel builder, had been accumulating a pile of samples and prototypes over the years and was looking to place them in a good home. It was interesting to see the evolution of the hub internals along with some of the ideas that were tried. There were several cosmetic samples such as copper-plated hubs, splatter-anodized hubs and a few with decorative machine work. Along the prototype front were a set of extra-light road shells and a fixed-gear mountain hub collaboration with Level components. 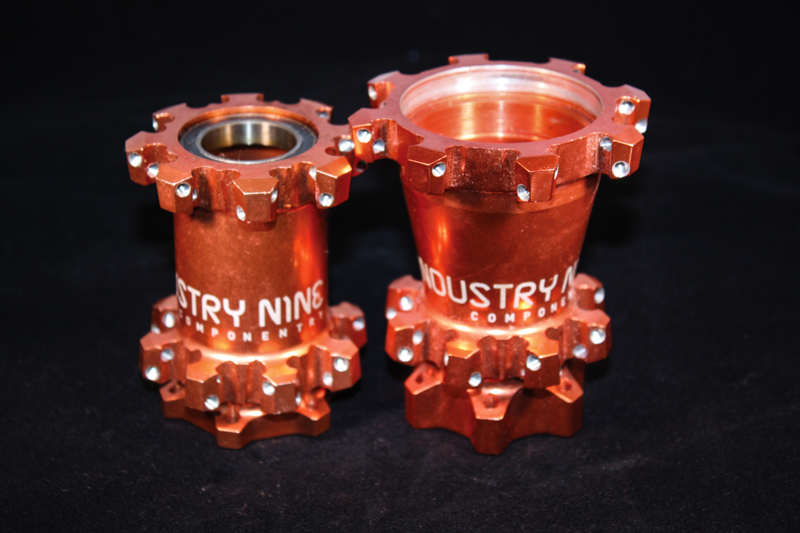 These prototypes can be seen at the Museum of Mountain Bike Art & Technology, which is housed at First Flight Bicycles in historic downtown Statesville, North Carolina. If you can’t visit in person, check out the collection at mombat.org.