Catching Up With: Matt Miller

A former mountain bike pro for the Giant Mid-Atlantic Pro Cycling Team turned mad scientist, Matt Miller took his hands-on racing experience and conjured up an idea that, quite honestly, both he and I couldn’t believe hadn’t been done before … and not just for bicycles. Now a Ph.D. candidate in the school of Sport and Exercise at Massey University in New Zealand, Miller filled me in on his Brake Power Meter and how it will open up a whole new way to measure performance by letting riders accurately quantify braking, analyze braking patterns and then use the data to improve their braking habits and ultimately ride faster downhill and carry more cornering speed. 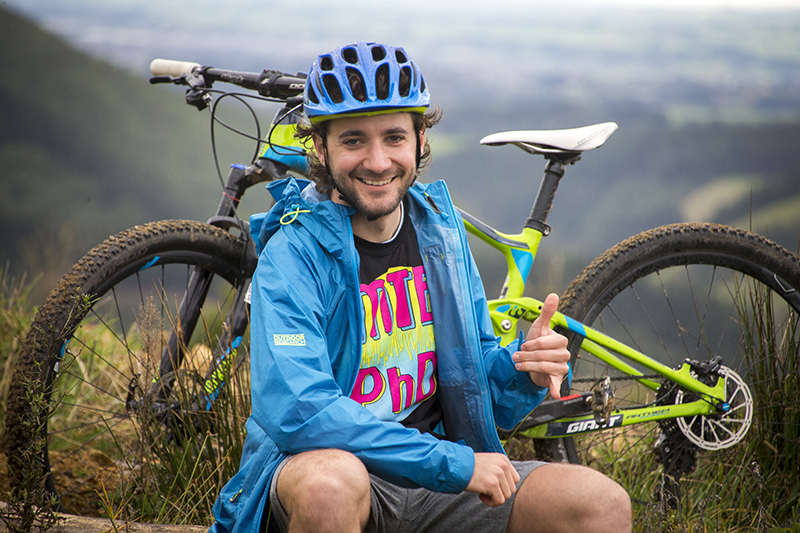 Give us some background on how you went from being an elite-level racer to becoming a Ph.D. candidate in New Zealand. Was that the plan all along?

It took me some time before I realized that I wouldn’t be able to make a lifelong career out of mountain biking and decided that I could use my experience to improve mountain biking in my studies. While completing my master’s in exercise science in the U.S., I cited a paper in my research from Massey University in New Zealand and thought I’d really like to go to school there. Out of the blue, I emailed the most senior author on the paper and asked if I could do a study on mountain biking there, and they said yes! It was as simple as that and happened really quickly.

Given your cross-country background, why and how did a Brake Power Meter materialize as something you wanted to develop?

My initial idea was to measure the vibration sent through the bike to the rider. For all of the vibrations your bike doesn’t damp, your body has to deal with the rest of them causing fatigue. I started out by comparing the differences of road and mountain bike descending. One thing I did, and can’t remember why [laughs], I threw in this extra trial to measure the differences in vibration, heart rate, oxygen uptake, etc. when you coast versus when you pedal down the hill. We discovered there was practically no difference in performance when pedaling versus coasting downhill on a mountain bike. I found that interesting, but I wanted to produce these results during an actual race. I got my supervisor, who is a former pro road cyclist in Europe and is way fitter than me, to do a cross-country race. You know how most roadies are … they’re super fit but not the best bike handlers. Being much less fit, I couldn’t believe I was staying with him. What I did notice was I could hear, probably due to a poorly maintained bike, him braking hard the entire time. I never had this “Einstein moment” because we know brakes slow us down, but during the race I decided I wanted to figure out a way to measure braking. My initial idea was to put a potentiometer on the brake lever to measure how often and how much pressure we apply to the brakes while riding, but actual performance is determined by how much the brakes are slowing down the wheel. I was holding one of the power meters we had lying around that we used previously, and I wondered if there was a way to put this on a rotor. I had $3,000 to spend on my research, so I went across the road at the university where we have these brilliant engineers and said, “I need this built.”

Were you astounded that no one thought of this sooner, especially in the “spare no expense” world of Formula One and Moto GP? After all, they were measuring horsepower long before cyclists had power meters.

I am surprised as they measure how heat affects braking performance, but I’ve not seen where they measure braking torque at the wheel. While heat is important to improve braking performance, it does nothing to determine the actual effect that performance has in a real-world situation. That’s why I want to make sure we patent this to work on anything including motorcycles and cars. We even thought ahead and came up with a really neat way for the meter to measure “angular velocity,” so if you lock it up, we can actually analyze skidding.

I chuckled about the Brake Power Meter at first because I knew many might think this is something you’d read about on The Onion. Having been an exercise scientist in a former life, I know there is often less than a 2 percent difference in athletic ability at the elite level, so this really is some pretty valid stuff. When do you expect the Brake Power Meter to go into full production?

You’re right; this does sound sort of silly when you think about it. Right now the current prototype is heavy and brings my Giant Trance to almost 40 pounds. The next prototype will be tiny and much lighter working off of a phone app. We’ve done all of the time-consuming stuff like calibrating and code writing that takes forever, so the next step is to make it more usable with existing technology, which should be pretty easy. I feel at this point we could have something ready by the middle of 2017. 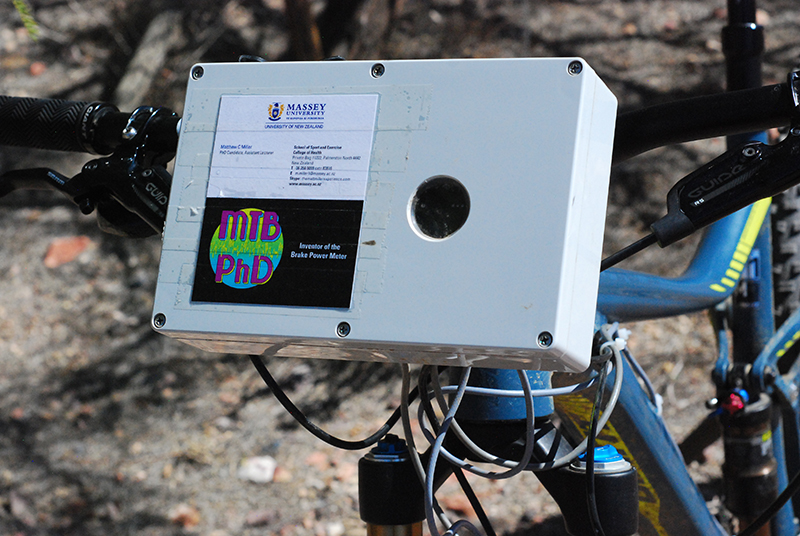 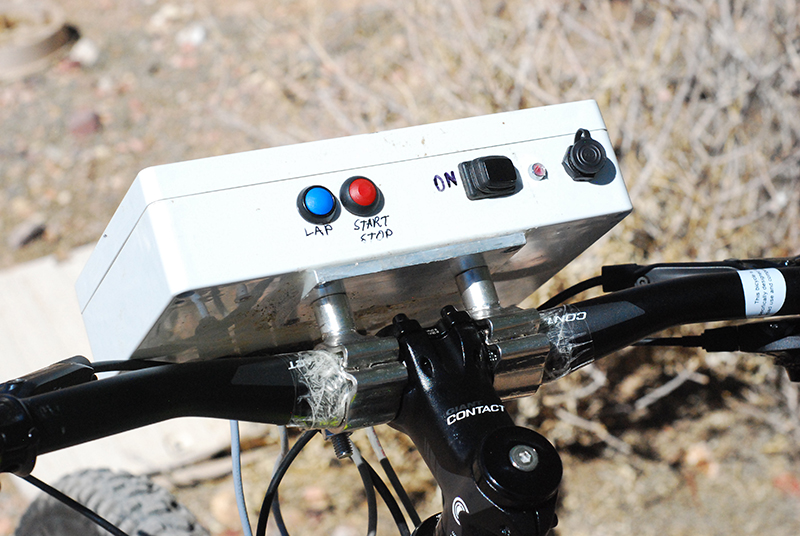 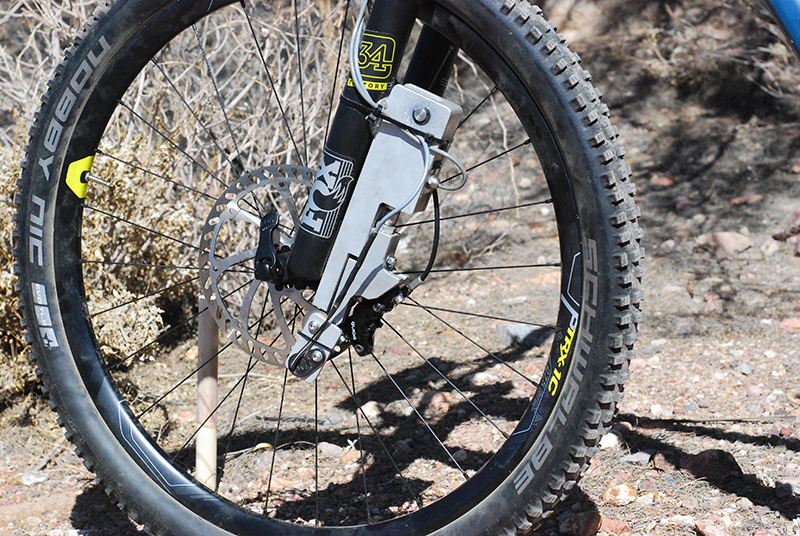 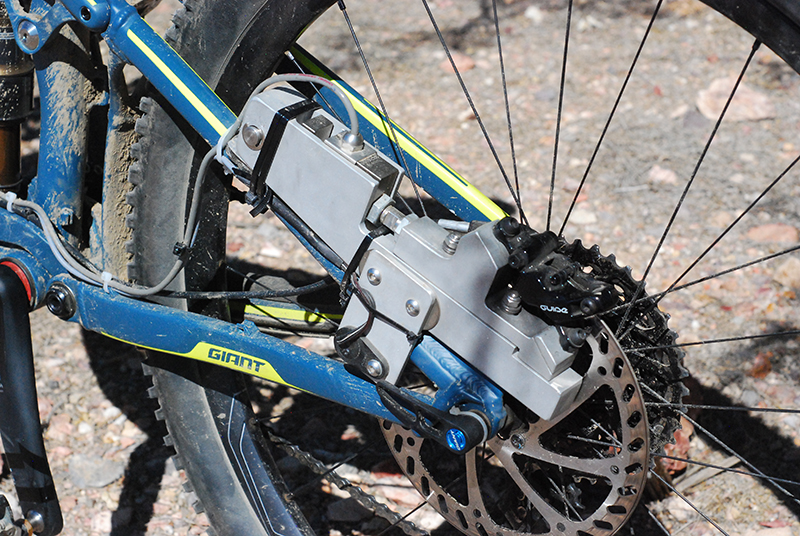 Having had a racing background, I bet this is a new world for you. What started out as a research project for school has now become a new way for cyclists (and maybe other wheeled sports) to measure performance. How would you sum up where you are now compared to a couple of years ago?

[Laughs] It is really crazy! I’ve never had money in my life and currently make below minimum wage. In a university setting, you’re in a creative space where you get to come up with ideas to base your research on, get some guidance and a small amount of funding. Now we’re having to consider this thing actually being produced. When we started adding up what needs to be invested, it’s scary. Prior to all of this, I thought I’d come up with something that would get me published and help me net some boring office job. None of this could have happened without a brilliant team and my supervisors. Coming from a physiology background to an engineering-style project wouldn’t have been possible without engineers who were willing to listen to my ideas. Giant NZ has also been awesome and is helping me out with bikes for testing. Overall, I am really grateful I can continue to be involved with something I love and potentially contribute to the way cyclists measure performance.

This article originally appeared in Dirt Rag issue #195. Check out the rest of our Catching Up With content here.