Catching Up With: Anne-Caroline Chausson

Anne-Caroline Chausson—who has won 19 World Championships, more than any other cyclist in history—suddenly fell ill in 2015 during round four of the Enduro World Series and disappeared from the scene. Recently, she revealed she had ovarian cancer. Anne-Caro took some time to chat with me from her home in France about what has been going on and whether or not she will be returning to racing.

After two successful EWS seasons in 2013 and 2014, you seemed to be on a similar path in 2015, but during round four in France, you didn’t finish and left without much explanation. What happened?

In the last two years I was doing a lot of training, and I thought because I was getting a little older and having a lot of ups and downs [that was what was] causing me to be tired. I am used to training hard, getting tired but always getting better.

In March of ’15 I did the race in Rotorua and did very well, but two days before, I crashed and my leg got really big and bruised. It took about five weeks to be normal again, and I was also feeling very tired. Two months later I went to Ireland and Scotland for rounds two and three of the EWS. Because of my leg, even with rest and adaptive training, I was still very tired. I had good results, but I did not feel right on the bike.

I also started having stomach problems. After those two races my trainer told me to rest so I spent more time at the swimming pool and did the minimum to maintain my training. Even with rest, all I wanted to do was sleep and my stomach problem kept getting worse. Just before round four in France, I visited with my doctor who asked a lot of questions because we did not know what to look for, so they did an MRI.

Although my stomach was getting bigger, I did not know the results and chose to race. I wasn’t feeling good and just wanted to finish, but I was so tired I couldn’t concentrate and my heart rate was really high, so I had to stop. I came back home and got my results, which said there was something in my stomach that had to be removed. During surgery it was discovered that I had ovarian cancer.  I told my family and close friends, but it was very hard for me to talk openly about it. I was not ready to talk openly about cancer.

They removed everything, but I had to have a second surgery much later after I recovered enough from the first one to check other places. This was the most stressful for me because this is when you discover if it was OK or really bad. I cried for two weeks and was very depressed.

It was also hard because I wanted to find the reason I was sick, but there was no reason. There was no reason for me to have cancer. I ate healthy, didn’t smoke, didn’t drink much alcohol and was training. When I would go to the hospital and see kids who were also sick, I better understood that there was no reason. I am used to understanding that when you get injured, you can get surgery to fix it and return. Cancer is not always like that. 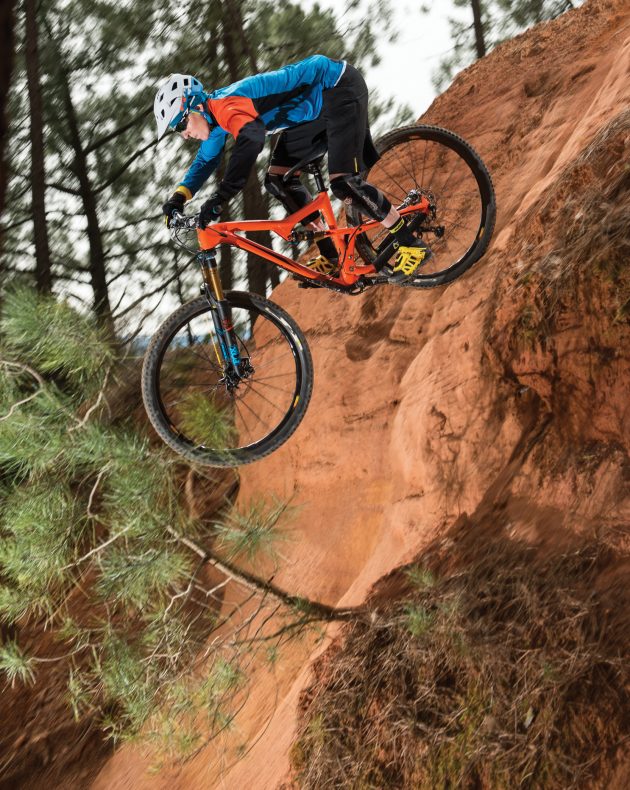 You have lived most of you life training at an elite level. With training off the table, did you have any outlets?

After a few weeks I thought I do not have to die from cancer and can fight it. My goal was to be in good shape and go back to normal life, but it was hard because cancer would not let me control my health. I had to make sure I got out. I did not want to sit on the sofa and think about dying, so I would always try to think positive.

After the surgeries I couldn’t move for a few weeks and could not do sports for three months, but eventually I would go for walks in the mountains with my boyfriend, do a little skiing and ride my enduro motorcycle. When I rode that, I could feel the speed and the air. I also was given an e-bike, which was great because I could ride in the mountains and still keep up with my friends.

Have you kicked cancer’s ass?

After the second surgery, they did not find anything, which was really good. I started chemo to prevent more cancer. I have to go every three months for blood tests and an MRI, and in six months it has been all clear. They say that after four years of finding nothing I [will be] completely cured.

I knew I was very lucky getting to travel, race and win so much, but I never realized some of the things I should have enjoyed more until now. I think this experience has made me enjoy life more and take time to appreciate more of the moments that I may not have noticed before.

Right now my motivation is to finish an EWS race by the end of the season. Then I think it’s time to stop racing. I won’t be strong enough to win, but if I can finish I will be very happy. It will be very difficult because of the two surgeries and chemo treatment, but also because I did not ride for 10 months.

It’s my whole life to be in the cycling world, but I don’t do it because of racing. It’s my passion. I want to be involved and do things around cycling but no more racing except for fun events like Crankworx. It will be a new life not having to train, but I will always ride. It’s just time to relax and enjoy it.