MTBTP: I have to pee at the Shenandoah 100

Ed Note — MTBTP (Mountain Bike Trailer Park) is a new Dirt Rag column written by Uncle Dan that will appear about about twice/month. We scraped him off the walls of the interwebs after he attended Dirt Rag Dirt Fest in 2016 and wrote a funny story about it. If you missed his introductory column, read it here.

I have to pee. A lot. We have been driving for four hours and this is our third rest stop.

And it’s not just like a “comfort” stop. I mean, it’s a full-on, squirming-in-your-seat, pinching-your-junk, sprint-for-the-potty kind of stop. I’m out of the car before we have completely stopped and I’m bolting for the gas station toilet. I don’t even care that it’s gross in there. Afterwards, a sense of relief washes over me. Back at the car, everyone is standing around, enjoying the warm, late-summer sun.

Joe, Heidi, Michael and Jeff are behind the cars looking at our bikes on the racks. I catch up on the conversation pretty quickly. They’re discussing chainring sizes on their bikes and second-guessing their choices. “His looks bigger than mine,” says Michael. I swallow the urge to say “that’s what she said.”

Heidi’s probably thinking the same because she giggled a little.

We’re headed to the Shenandoah 100 and I have been “hydrating” for two days already. By “hydrating,” I mean carrying around a gallon jug of water all day and trying to finish it by dinner. Add a healthy dose of coffee on top and, well, the human bladder is only designed to hold so much …

Joe turned me on to the idea of drinking a lot of water in the days before a big race. It’s supposed to stave off dehydration on the race and help with recovery after exertion. 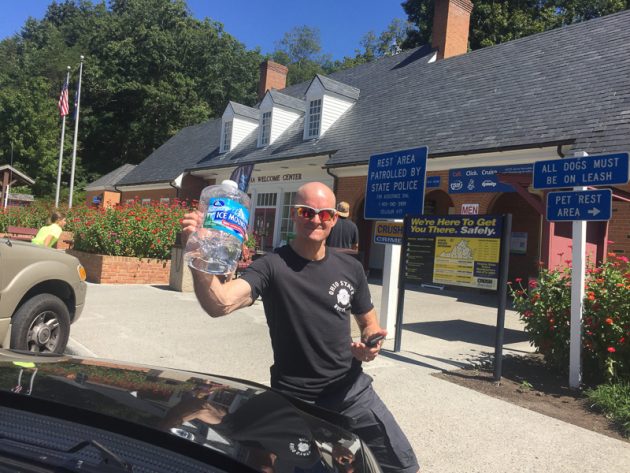 Joe loves his water. Last time we rode out to a race together, Joe was in the backseat of Paul’s truck. After about an hour into the drive, Joe called out, all happy, “Ungh! This water is SO GOOD!” Paul almost spit out his coffee he was laughing so hard. After the race, we stopped at Chipotle. I asked them if Joe could have a sample of their water before he committed to a whole glass.

Still, I wanted to try it. The consequence of this is that riding with me was like driving with a toddler. If we don’t stop in time, I’m going to wet myself.

Anyhow, the race we were headed to this time (Shenandoah 100) promised to be challenging – 100 miles on a mountain bike with 12,000+ feet of elevation. I hoped that hydrating now would help me on the race the next day. Can’t hurt, can it? (I learned later that while it’s important to be hydrated, it’s not really that hard.)

Regardless, it begs the question. Why have I left the realm of normal human water intake? What am I doing and why?

Heidi and I had asked each other that question just a week earlier. We were racing a local six-hour race on a Sunday. Heidi and I found ourselves riding together on lap three (mile 30 or so) of the race. She had just come off the Breck Epic a week before and I had completed a half-Ironman the previous Saturday. We were both feeling crispy from those events and were questioning the sanity of jumping into the six-hour race at all.

“Why do we do this to ourselves?” Heidi asked.

Fast-forward a couple weeks to the Shenandoah 100 race. I’m 60 miles in and I’m asking myself the same question, again. I had put the previous 60 or so miles in at a pretty good pace, and was on target for a potential 10 hour finishing time. Not bad for my first 100-miler.

But around mile 60, the cramps started. My groin and quads started locking up. Fuck. All I could do was stop, get off the bike, and wait for the cramps to subside. Double fuck. I wanted to somehow blame this on the water. But, more likely, it was just tired muscles.

The cramps set in just I was starting a 20-mile, 2,000-foot climb known as “the soul crusher.” And it was crushing my soul. I stopped at least four times for cramps and had to watch helplessly as rider after rider passed. All I could do was soft pedal up the mountain until another cramp hit. So, I asked myself, again, “why am I doing this?” 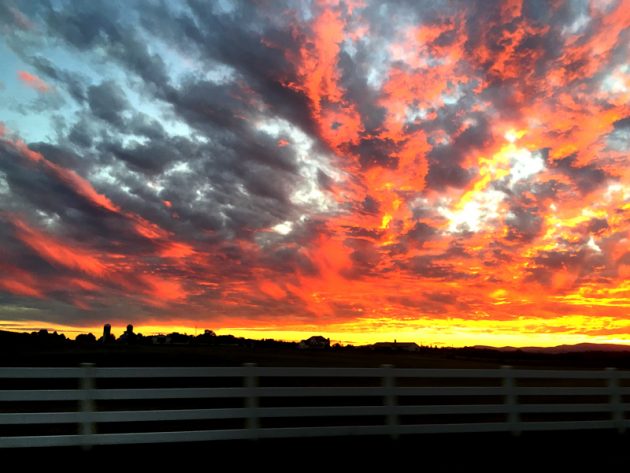 Besides, it’s Labor Day weekend. My friends are watching college football, grilling meat and spending time with the family. My parents are having a cookout with my brothers and sisters and their kids. My mother-in-law just arrived from Germany. And there I was, like, 450 miles from home, cramping, exhausted and looking at another 4-5 hours on the bike. I was about ready to cry.

Okay, maybe I did cry a little.

Why am I doing crap like this? I wish I could tell you that it’s because the races are so all-out amazing that they transport you to a place of bliss. But that’s not true. The races transport you not to bliss but to a state of deep suffering, and it doesn’t really get better as you become a better racer. You still suffer, you just do so while moving faster.

So, what’s the motivation? Well, that’s an onion with a lot of layers and it’s different for each person. Me, I have a lot of reasons why I ride. I love being outdoors, especially in the woods. I love seeing new places and new environments on a mountain bike. But these things do not require suffering.

I also like the fitness cycling brings. Really, racing started as a way to continue to push my fitness level for weight loss. But I can race and be fit without this kind of suffering. So why am I doing this? Maybe I did it for yet another pint glass?

Of course, as my friend Pete pointed out, we do it so we can tell others that we did it. #ididitfortheinstagram. But that’s not really the whole truth. 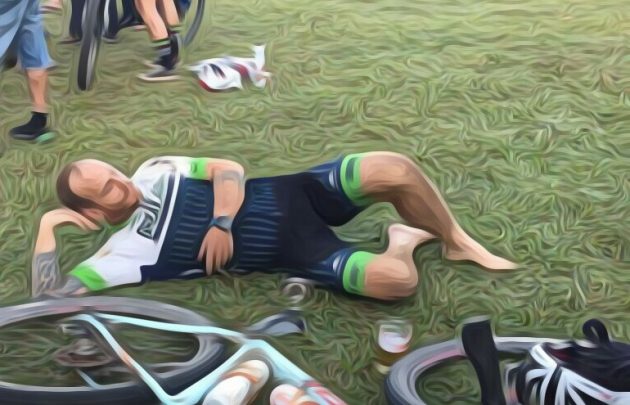 The only thing I can figure out, as hard as it may be for me to swallow, is that I like suffering. It feels funny to write that down… But not all suffering. I don’t like pointless suffering, like meetings. Or having to pee in the car.

I did suffer on the Shenandoah 100, physically and mentally. Beyond the sheer muscle fatigue were the cramps. And, once I got the cramps under control, somewhere around mile 85 true fatigue set in and my heart rate started drifting. If I tried to put in any extra effort, my heart rate would spike. So, more soft pedaling.

And mentally, it hurt too. That much soft pedaling meant I had to watch rider after rider pass me. I kept readjusting finish times. Now 10 hours, now 10:30, now 11, now 11:30. Each climb in the course brought fresh anguish, because I could only manage to crawl up at a snail’s pace. I was bargaining with God for an end to the pain, which is kind of weird for an atheist, all the while knowing my friends were waiting for me–for hours–at the finish.*

I talked to a few riders as I went. I told them I was thinking about quitting. The response was universal; that thought runs through every racer’s head. But they press on. Giving up feels worse than suffering to people like us.

Embracing suffering is not normal. According to psychologists, the number one reaction to stressful situations is avoidance. Most people actively avoid situations that even look like they might involve suffering. But we seek it out. We invite the suffering into our bodies and give it a ride to the finish. This begs more questions than answers though. Why do I like suffering? Hmm. That’s probably a post for another day. 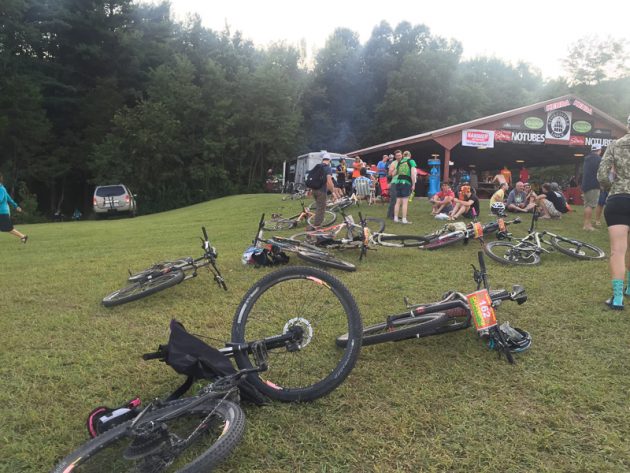 Meantime, I have to pinch this post off. I have to pee. Be brave, and suffer for it.