Blast From the Past: Insomnia 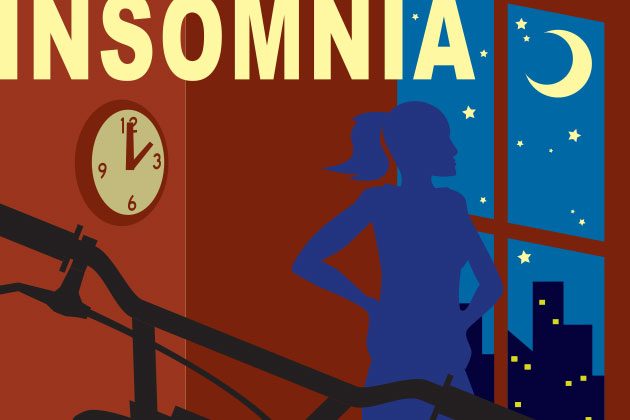 I woke up at 2 a.m., like every other night this week, and lay there waiting to fall back asleep. But the worries and sadness that I outpace by day—job, money and love—circled in the darkness and attacked. After an hour, while the full moon climbed over the treetops, and peered, laughing, through the gap in my curtains, I clicked on the light, threw back the covers and dressed. Black cargo shorts, sports bra and a stained gray sweatshirt. I laid my little chrome BMXer in the back of the van and set out.

At 3 a.m., public radio’s dalliance with jazz had passed by, and I drove to the sounds of variations from “Carmen” (it had already started when I cranked the engine and was still going when I removed the keys from the ignition, so I never heard the composer’s name). But he was a fine traveling companion for twenty minutes through the Atlanta night. I parked behind a row of restored shops, unloaded the bike and crossed the silent street to the Emory University campus.

My BMXer is a pawnshop waif, brought along by a college student and sold upon graduation. It sports 24-inch wheels, a steel frame, one gear and one brake. The handling leaves no room for inattention. It’s a bike that wants to play and it loves spitting me off the side as much as any other game. But it’s marvelously lightweight, reads my inputs telepathically and squirts ahead on a single hard pedal stroke.

Can you wander at full speed? I guess so, because I roamed the Emory campus, staying on the tree-darkened sidewalks, with no destination, but riding as fast as possible. I bumped down the long shallow staircase of an amphitheater, wove among the tables and chairs on the stage, then turned and rode back up. I launched off high curbs, holding the front wheel aloft, letting it snap down on landing. I pumped to the top of the tallest parking garage, then sprinted down, leaning hard into the hairpins at the end of each ramp, feeling the rear tire slip out then catch and the weight shift on and back off of my outrigger foot. By the third trip down, the intensity of mood that drove me from my bed eased, and I found myself scat singing aloud, Bernstein’s overture to “Candide.” (It really works as a scat song. Try it.)

Throughout the ride, I’d had that little woodpecker tapping on the back of my head, the one that’s trying to tell you that you’ve forgotten something. I remembered when I saw the blue lights. Emory University is the home to the Centers for Disease Control, the research facility where they keep smallpox and Ebola, and is considered to be a prime terrorist target. The cops arrived as I was exiting under the chain of the below-ground ramp, a prowl car and a ludicrous golf cart roaring in through the main entrance. I watched from a darkened doorway as the white Crown Vic screeched and brakeslid its way to the roof, then stopped and made a radio call, and I crept back toward my van.

The row of shops where I’d parked dates to the 1920s, long before the Americans with Disabilities Act, and its sidewalk changes levels with a four-step staircase. I took a running go and jumped it, once, twice, savoring the moment of ebony weightlessness. On the third landing, my left arm buckled, and I pitched forward, catching the handlebar grip in my armpit, skidding off the sidewalk and into the empty street. I tried again, just to kill the fear, and it buckled again, and I caught the bar in the crook of my elbow. Time to go home.

Before last night, I’d never jumped a staircase. Never roamed a darkened campus. Never poached a parking deck. And if I hadn’t awoken in the night, worried, in my lonely bed, I still wouldn’t have. God balances her books; sometimes she balances them on two wheels. I drove home with the windows down. The overture to “Candide” was on the radio.

We’ve published a lot of stuff in 27 years of Dirt Rag. Find all our Blast From the Past stories here.