Say what you will about the enduro craze, but one thing we can’t deny is that many of the products being developed for racing have led to goods that are perfect for good ol’ fashioned mountain biking. One example is these new FiveTen Kestrel Lace shoes we found at Crankworx.

The Kestrel model was first introduced as a performance shoe that is lighter and stiffer than FiveTen’s more gravity-oriented models. It is built with a carbon-infused shank and closes with a BOA system. The new lace-up version, however, uses a more traditional nylon shank and traditional laces. The uppers are synthetic and the outsole features FiveTen’s dot pattern with S1 rubber. Both the lace and the BOA versions will be available going forward. 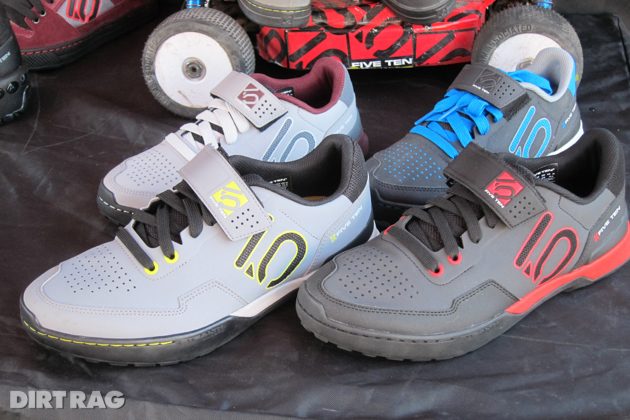 The Kestrel Lace will be available in both men’s and women’s versions and retail for $150 when they hit stores in February.