In elite cross-country racing, cutting every gram possible is key to getting to the top of the mountain first—or the top of the podium. Some World Cup racers have adopted full-suspension bikes, but many prefer the simplicity and pedaling performance of a hardtail.

The new design is dubbed Micro Travel Technology, and has 15 mm of travel through two small cylinders that move like fork stanchions. The elastomer provides the damping and it comes in soft, medium and firm. 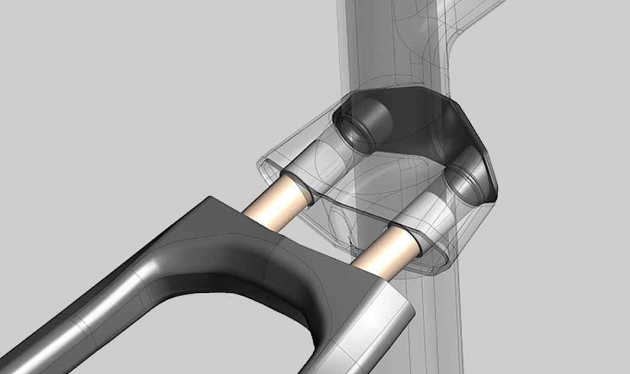 Sticking with 29-inch wheels, the 2016 Teamelite 01 is available in five sizes, from XS to XL. The claimed weight for a medium frame is a feathery 1,080 grams, plenty light enough for five-time World Champion and BMC athlete Julian Absalon to put it to use during the 2015 World Cup season.

What’s your take? Think a softail design would make sense for your riding style?

Posted in Inside Line New Stuff