When the 575 was first introduced a decade ago, it broke the mold for trail bikes. With 5.75 inches of travel, it doubled what other companies were offering, plus it featured a 69-degree head-tube angle, which was unheard of at the time. Back then, it was considered so slack that Yeti told dealers it was 71 degrees. The 575 continues to remain hugely popular and has helped galvanize Yeti Cycles’ cult following.

It’s been 10 years Dirt Rag’s original 575 review in Issue #110, and since then the bike has become an iconic player in the Colorado company’s line. Its characteristics have helped define a genre of bikes whose traits are now common throughout the market. Rear travel remains the same at 146mm and it’s paired with a 150mm Fox 34 up front.

Over the years there have been several updates; the most notable this year has been increasing the wheel size from 26 inches to 27.5. Almost everything about the bike, from kinematics to geometry, was redesigned and optimized around this larger wheel size. 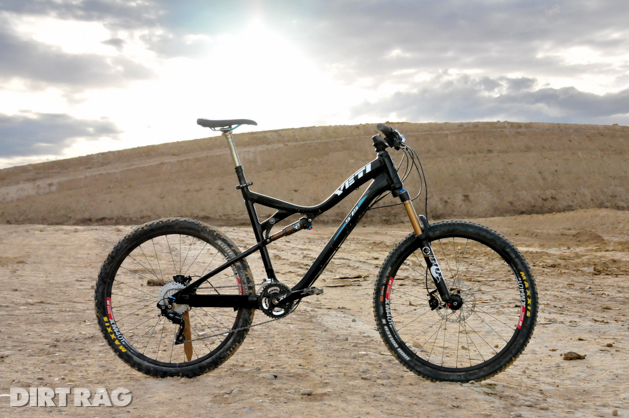 Other updates include ISCG-05 tabs, interchangeable dropouts for a 135mm QR or 12x142mm thru axle, and a PressFit 30 bottom bracket. Yeti offers four different kit options: a least-expensive Enduro build, the equally-priced Race kit with Shimano components or SRAM X01, and the highest-end Pro build with Shimano XTR.

I’ve had the chance to ride our 575 test bike with the Race kit on trails around Dirt Rag headquarters in Pittsburgh, and also on Yeti’s home turf along the Front Range of Colorado. This difference in terrain has allowed me to experience two different sides of the 575. 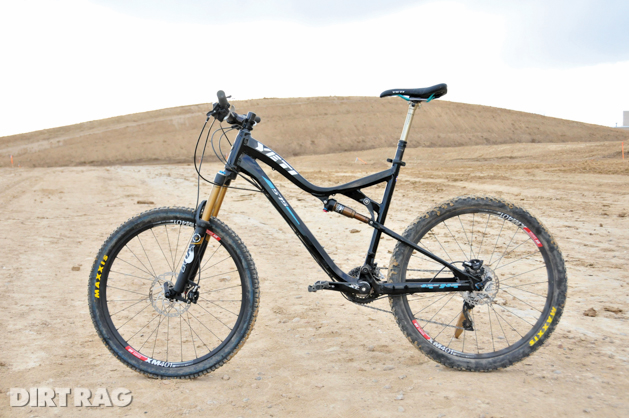 Back East, the bike feels very responsive and agile. It is quick to accelerate out of turns and through power moves. It maintains maneuverability in tighter settings, but feels very balanced. Sometimes bikes that do well at slower speeds tend to feel a bit twitchy when you’re moving fast, but the slacker angles of the 575 kept me confident when I needed to get behind the saddle. With a solid Race spec, the 575 was a bike I could immediately relate to.

Along the Front Range, the 575 settled into its plush, trophy-truck personality. The single-pivot suspension design utilizes a pivot-less rear triangle relying on the flex engineered into the redesigned butted-aluminum seat stays. The seatstays provide enough compliance as the wheel moves through its travel.

The 575 has had a history of customer feedback concerning its wallow-y mid-stroke, meaning it would blow through the middle portion of its rear travel too quickly. Traditionally there have been a couple of ways around this: air pressure in the shock or more compression damping. But for 2014 Yeti re-designed the hard points of the suspension to improve the kinematics of the rear-wheel travel and eliminate the wallow while still providing a plush suspension feel. 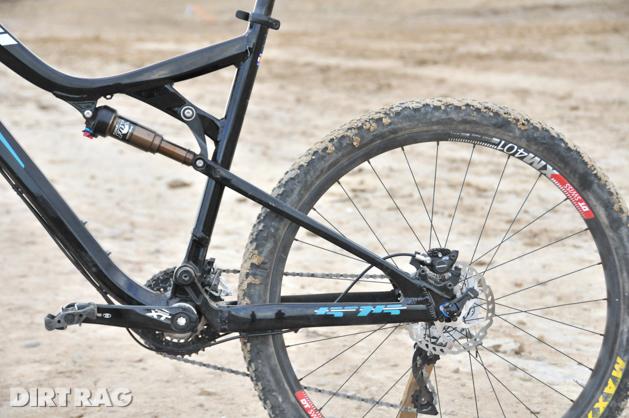 The same responsive and neutral handling was apparent on Yeti’s home trails in Colorado, but as the terrain opened up and descents got faster, I noticed something that I didn’t in Pennsylvania: I felt very high on the bike. The XL I tested has a long head tube measuring 6.3 inches, which is at least an inch longer than most competing bikes of this size. Even with the stem slammed to the headset, the bars are nearly an inch higher than what I typically run. Combined with a 13.60-inch bottom-bracket height, the bike felt more comfortable being steered than carved while hovering over the saddle in a ready position.

The 575 eats the rough rather than skipping through it. In other words, it has plushness rather than a sport-tuned feel. The long 47.5-inch wheelbase means stability and confidence holding a line through technical terrain. Combine that stability with the softer feel of its suspension and the bike is willing to devour rough trails. This is where it felt most within its element.

When ascending, the bike really benefits from the Climb setting on the Fox CTD shock. The Trail option isn’t bad if you’re going up and down, but walking feels more efficient than Descend. Don’t expect much anti-squat from the suspension. Those three settings really make a difference when going uphill with this bike. The 575 has always been a gateway into Yeti’s tribe. Chris Conroy, president of Yeti Cycles, puts it like this: “Your first BMW probably isn’t a 5 series or an M3. It’s probably a 3 series.” 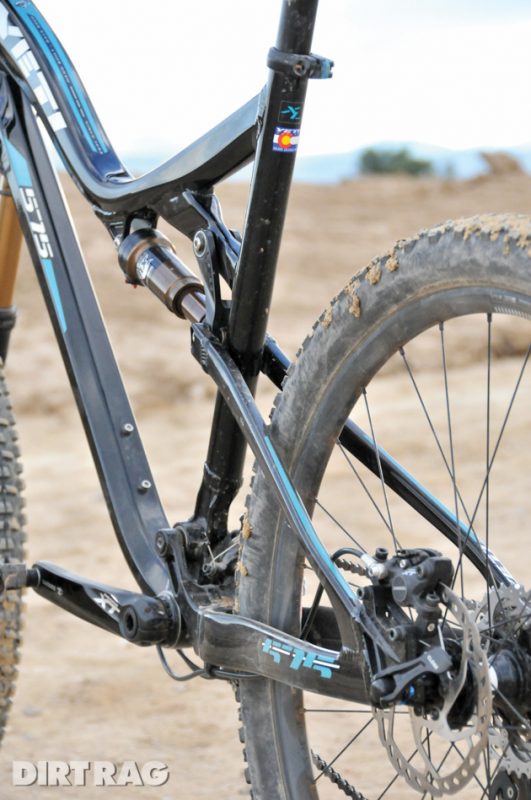 That doesn’t mean it isn’t one hell of a car. It’s a good analogy for how the company views the 575. It’s a more accessible introduction into the brand and it features several of the same design principles that all Yeti bikes are known for, like longer top tubes and slacker angles. The latest super bikes, like the SB5c and SB6c, build on those principles and offer extremely high-end performance. The 575 comes from the same mentality and innovation that drives all their models but is less focused on the podium.

It was a game changer 10 years ago and continues to be a relevant bike in a now-crowded category. The simple and proven suspension design allows the price point to remain relatively low when compared to the newer SB bikes. With a lot of sexy new offerings out of the Yeti camp, the 575 remains a relevant option for most trail riders. If you’re looking to graduate to The Tribe as a trail rider, then the 575 is your introduction.

Disclosure: When you purchase a product or service from a link in our stories, we earn an affiliate commission that helps pay for our work and support Dirt Rag content creation.