Catching up with: Mark Weir, on the mend

Last weekend while doing trail work Cannondale-WTB OverMountain rider Mark Weir was crushed by a 300-pound tree limb, breaking his pelvis in three places. We talked to him by phone from his home in Novato, California, where he’s recuperating for the next six to eight weeks. Mark was especially disappointed about the accident because he just signed a new, three-year contract with the Cannondale OverMountain team. All things considered Weir seemed in good spirits and was happy to talk about his ordeal.

Dirt Rag: So what exactly happened?

Mark Weir: Trees are faster than humans sometimes. A dead tree, sudden Oak death, broke a branch off. It was a Y branch that four of us were lifting, heavy end up to try and flip down the steep side of a hill but when we got it to the highest point, about 15 or 20 feet high, the heavy part of the branch, the Y end and the one supporting it broke and it came down instantly on me. Right on top of me.

DR: With no chance to get away?

MW: It was weird, I looked up and heard cracking, saw the branch, I think I tried to run but instantly it was on top of me. I put my forearm up because it’s pretty bruised but it just pinned me on my side. It hit me right on the hip, which was the best place it could have hit me because even though it fractured everything—a 300 pound piece of tree that came from 16 feet up, if it would have hit me higher on my pelvis, the doctor said when you get that kind of break from that kind of blunt force any higher up and it would have gone through my guts and broke my back. Any lower both my femurs in half and both the sockets. Worst case scenario but with the best possible outcome.

DR: What else did you break besides your pelvis?

MW: I also broke my sacrum, which is the tailbone. So that’s fractured. I have one X-ray that only shows one of the breaks but there’s another one below, kinda at my taint on the right side where, kinda like where your groin and all that hooks up, one of the nubs there is cracked in half—just a lot of crushing force coming down. Real painful stuff. I was trying to look at all the X-rays but started feeling real shitty.

DR: What did you do when it happened?

MW: Instantly when it hit me I was screaming and my buddy thought I was kidding because I yelled so loud. I screamed so loud, this weird scream, they thought I was kidding. I knew instantly because I heard all the shit breaking. When it hit me shit snapped immediately and I was thinking, “Oh God I’m totally screwed.” Pretty much a whole lot of pain and a little bit of tears. 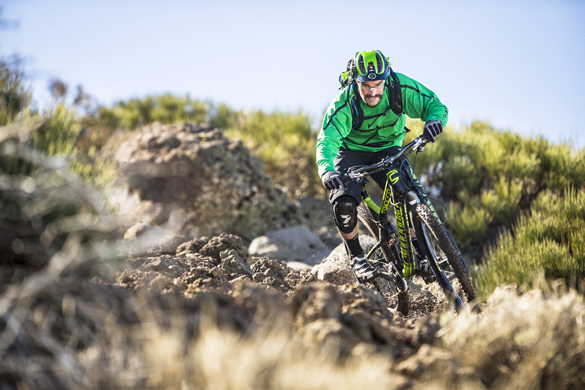 DR: You were stuck up there, right?

MW: We were all real bummed and I had to sit up there because we didn’t know what to do. My friends were with me but the shuttle driver was at the bottom. Those guys went down and said, “We need to figure something out.” So they went and found some more of the guys and they found a piece of plywood to carry me out. We were going to call the paramedics but we knew they’d use a helicopter to get me out. I didn’t want a helicopter at the ranch; we didn’t need that kind of attention, especially at the ranch, or for Bart (the land owner). The ambulance couldn’t wheel up to where were we at; it couldn’t get in. The Jeep couldn’t get in to where we were. So they just made this plywood thing and put me on it, on this piece of plywood and walked me out through all the creeks to the truck, put me in the bed and the paramedics met us and the entrance and took over from there.

DR: Did you try to walk out?

MW: The doctor said I was real lucky I didn’t try. They tried to pick me up, I said, “Maybe I can walk out leaning on shoulders because we were about an hour and a half out there in the woods. We were nervous, trying to figure out what to do. I’m thinking if I broke something really bad, like I felt I did, and if I’m bleeding internally I could be really screwed. They tried to pick me up and I said no way, you can’t. I’m done I gotta stay seated or shit’s gonna fall apart. The doctor said, “If you had put any force on that right foot you would have displaced all the cracks because there was no support in there. It would have gone to sheer and displaced the breaks and that would have been surgery for sure.”

DR: Will you need surgery?

MW: I just learned no surgery will be needed. Immediately after it happened the head surgeon said, “You’re not bleeding internally, there were no shifts we just have to make sure the gaps aren’t too far apart. If they are it will take too long to heal and you’ll have to go in.” Still, the gaps are pretty huge if you look at that X-ray you can see, it’s not that sweet. It’s crazy. You don’t know how much that thing (pelvis) anchors your whole body. I can only use my arms and that’s about it. I have to pick my legs up with my hands.

DR: Are you in a wheelchair?

MW: I have a wheelchair. I try to use the walker and crutches but I can’t yet, it’s too painful. I have a bad hematoma on my left leg also, because I was on the ground when the tree hit me and it got pushed straight through to the ground. So with a hematoma on my left leg and all the breaks just trying to put any weight on my legs feels real bad. Real bad. All the people up there were, man this could have been such a worse story. So that it worked out how it did is the worst of luck but the best possible outcome basically.

DR: No one else got hit?

MW: No. I was kind of nervous, I don’t want anyone to get hit by this thing so I was in the worst possible spot. You just get in the worst position because you’re worried someone else might be in that position, feeling you can handle it better than anyone else. Apparently I couldn’t. I still don’t have a real clear memory of what happened. The medics checked me out real quick and immediately had me on morphine and there after, so I’ve pretty much been a drugged out guy. Also, I have to take all this stuff so I don’t get constipated. There’s no pushing allowed, it hurts and for some reason my taint hurts a lot too, it’s terrible and I don’t know why. 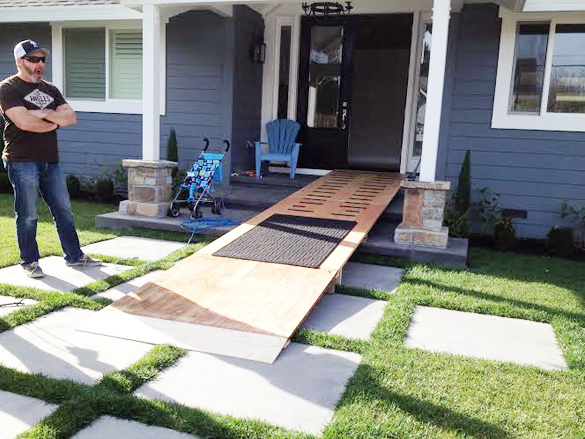 DR: You and this same trail, Long Enduro, have clashed before.

MW: Long Enduro has sent me to the hospital on my bike too. I broke some of my ribs, fractured a bit of my back—same trail and not far from where I did this. This trail has now put me in the hospital twice. Once on my bike and once pushing a log.

MW: I’m at home on the couch, my wife is taking care of me, a friend built a bunch of ramps in the house for my wheelchair so I can at least wheel out onto the deck and get some fresh air but I’m pretty much hostage here. This is going to change my life for sure. An inch either way was the difference between alive or dead. I have a lot being real sore for eight weeks then a lot of rehabilitation.